Blues legend B.B. King was mourned Saturday in Indianola, Miss., the small town where his career took off.

Fans lined up to view his open casket Friday at the B.B. King Museum and Delta Interpretive Center, where King was laid out in a purple satin shirt and a floral tuxedo jacket, flanked by two black Gibson guitars, the New York Times reports. King died May 14 in Las Vegas, at the age of 89.

A letter from President Obama was read at the funeral Saturday, held in Bell Grove Missionary Baptist Church on B.B. King Road. “B.B. may be gone but that thrill will be with us forever,” Obama wrote. “And there’s going to be one killer blues session in heaven tonight.” Mississippi Governor Phil Bryant was also at the funeral.

King was born in a small town 18 miles away from Indianola, but long embraced it as his hometown, and the place where he got his start in music. There was a period in the 1960s and ’70s when King avoided Indianola, annoyed that he and his band were not allowed to eat at a local restaurant or stay in the motel when they passed through during the segregated 1960s. The White Citizens Council, the infamous segregationist group that opposed the Civil Rights movement, was founded in Indianola in the 1950s.

Some residents say the desire to embrace B.B. King helped energize the city to move past the racial stratification of the past. Throughout the 1980s, white and black residents worked together to plan annual “homecoming” shows, and a 1983 interracial cocktail party in King’s honor is remembered by many as a moment of racial healing for the community, the Times reports. 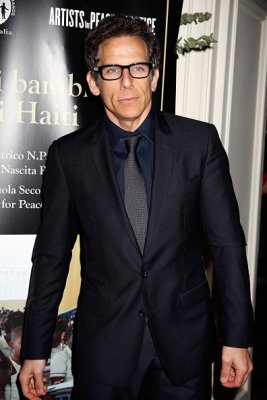