There was a time, way back in the aughts, when some people seriously thought reality TV might kill scripted entertainment. As if in self-defense, there developed a mini-genre of stories spoofing reality TV or warning of its dangers. Some were funny (The Joe Schmo Show). Some were wildly successful (The Hunger Games, among other things, was about a reality show as the bread and circuses–“Panem” came from panem et circenses–of a dystopian dictatorship.)

But they often had a tone of sniffy superiority to reality shows and those of us presumed knuckle-draggers who liked them. One reason HBO’s revival of The Comeback last year improved on the original was that it had fewer hamfisted cheap shots at how reality was debasing TV, which managed to debase itself just fine in the decades before The Real World.

As it turned out, there was plenty of room for everyone in the expanding media universe. Reality TV is still ubiquitous, but there are also more scripted series than ever–over 350 last year. So when Lifetime announced it was adding to that total with UnREAL (premieres June 1), a drama behind the scenes at a Bachelor-like dating competition show, I wasn’t expecting much: probably another melodramatic, moralizing story rehashing a “Reality isn’t real!” argument from circa 2003.

But as Jeff Probst would put it, I was blindsided. UnREAL is melodramatic and moralizing. But it’s also, in its first three episodes, pretty good: dark, deft and empathetic. It has no particular love for reality shows, but it also takes its subject seriously enough to tell a compelling story.

Created by Marti Noxon (Girlfriends’ Guide to Divorce) and Sarah Gertrude Shapiro (whose short film Sequin Raze the series is based on), UnREAL is set on and around the floodlit mansion set of Everlasting, a long-running “fairytale” dating show. This palace is less Magic Kingdom and more King’s Landing, a place where producers use tricks, provocations and copious alcohol to engineer drama and steer aspirants into the requisite roles of “wifey” and “villain.” As producer Rachel (Shiri Appleby) describes her job: “I create conditions for the things to happen and then I actually make them happen.”

Rachel has some big reservations about her job, but she’s tied to work by even bigger debts–in part because of a near career-ending meltdown on set–and the fact that she’s very, very good at what she does. This season, that means managing Everlasting‘s bachelor, rich British playboy Adam (Freddie Stroma) and goading or gulling the harem into fighting for his attentions. Cracking the virtual whip is executive producer Quinn King (Constance Zimmer, in her familiar showbiz-viper mode from Entourage). As they say in reality TV, Quinn didn’t come here to make friends–she’s a font of cynical aphorisms like “Sluts get cut!”–though she does make time for an affair with the show’s married creator Chet (Craig Bierko).

To a person, Everlasting‘s staff wears cynicism like a double layer of prophylactics, like the African American producer sent on a “bitch hunt” (i.e., to find a villain among the cast) who tells the two black contestants that the only way to make it past the opening rounds is: “Go big. Loud. Think Omarosa, Nene Leakes.” But even as it stands in judgment, UnREAL works to understand everyone: the women of the cast, of different temperments and motivations; the crew, for whom this is often a miserable job; and Adam, whose entitled smirk hides a conscience and a canny understanding of the cameras.

Rachel is overstressed and exhausted, one crisis away from walking off the job, and yet Appleby also shows you how when she’s in the zone–say, talking a bulimic into keeping her disorder under wraps for the cameras–she thrives on the challenge.

UnREAL is weakened, though, by its need (not unlike a reality show!) to constantly juice its action with villainy, horror-show music cues and dramatic twists. And it’s hard to miss its judgmental streak, even before characters underline it with lines like, “All you care about is this hideous, soul-sucking show!”

Part of the appeal of UnREAL, of course, is the sense of being brought behind the curtain–as when, say, a production monitor at an Everlasting pool party shows an unflattering wardrobe malfunction we know would be pixellated on broadcast TV. (UnREAL is pretty raunchy for basic cable, though mostly in its language.)

So how real is this fiction about the fiction behind reality? I can’t vouch for the specifics, though the production tricks–leading interviews, phony friendliness, “casting” participants into roles plotted on a whiteboard–are long-documented. And the show has a feel for its subject’s on-camera language, down to the bland Everlasting host and his elimination catchphrase, “Your fairytale ends tonight”; someone has put in plenty of research hours watching dating TV.

It’s more important in the end that UnREAL feels true to its characters–people of varying degrees who want things, and are driven by that wanting to make unpretty choices. Sometimes it means they have to stop being polite and start getting real. And sometimes, as for Rachel, it means learning to act polite and start being fake. 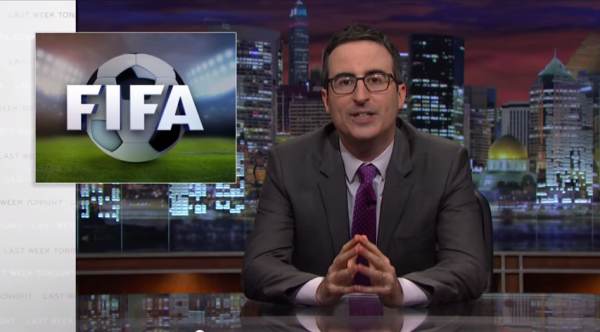