I first met Mary Ellen when she applied to join Magnum, the international photographers’ coop. At the time we were trying slowly to rebuild after losing three founding members. Mary Ellen and her pictures were a perfect fit: as elegant as Inge Morath and as intrepid a journalist as Eve Arnold. We’ve been friends ever since.

Mary Ellen considered herself a portraitist, but her pictures were not just the famous. She wanted her work to count, to be about important things in our world, things we should pay attention to. Ultimately, I think her prime theme was the situation for women in our tired old world: Ward 81 a woman’s ward in an asylum, girl prostitutes in Bombay, Tiny (a lifelong project), a homeless child/woman, Mother Theresa, high school Proms, even the Indian circuses, all talk about life and death in our world.

Mary Ellen was physically brave. Covering the 1968 convention in Chicago, by day she was in the midst of the police breaking up the protesters then, at night, elegantly dressed on the Convention floor being leered at by the male delegates.

A week or so ago, we were talking and she said she hated the new academic work over-Photoshoped perfection, “life without the zits and pimples” she said. For herself she wanted to run into the wall, maybe with a little ‘shopping, to die working. Sadly she did.

Charles Harbutt is an American photographer and an associate professor at Parsons, the New School for Design. 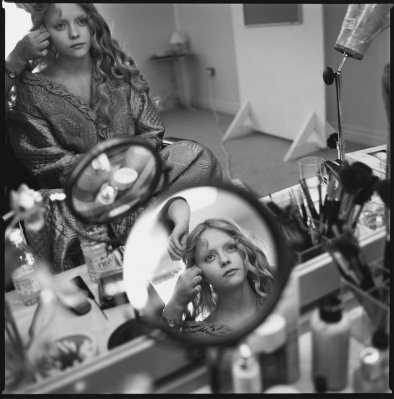