How the California Drought Is Hurting Wildlife

Weeds grow in dry cracked earth that used to be the bottom of Lake McClure on March 24, 2015 in La Grange, Calif.
Justin Sullivan—Getty Images
By Justin Worland

The California drought has left the state scrambling to provide water for its nearly 40 million residents and its very thirsty agricultural sector. But humans aren’t the only ones struggling. The historic dry spell is reshaping the habitats of much of the state’s wildlife, forcing animals to search much further for water and leaving some vulnerable to death.

“Animals are going to have to get by with less and adapt,” said Jason Holley, supervising wildlife biologist at the California Department of Fish and Wildlife. “Those animals that can’t adapt aren’t going to survive.”

The drought has affected all of California’s vast diversity of wildlife in different ways, and the most at risk species tend to be smaller ones that can’t pick up and move to other habitats. Take small animals in the Mojave Desert region. A lack of rainfall isn’t unusual in the area—it is, after all, a desert—but a number of species have been able to adapt and thrive in a few of the marshes that dot the region. But those marshes are drying up, destroying the habitat of various fish native to the Mojave Desert like the Shoshone pupfish. And unusually, the underwater aquifers that provide water for species like the endangered Amargosa vole, which is only found in the Mojave, are also drying up.

“Marshes are becoming more and more isolated,” said Janet Foley, a professor at the University of California-Davis School of Veterinary Medicine. “That whole area is a hot spot for Mojave endemics, animals that over time have become very isolated and very specialized. And those animals are in pretty bad trouble.”

Much like small animals in marshes, wildlife that have thrived in urban habitats have also struggled to adapt as state regulations force California homeowners to let their lawns and gardens dry and die. Squirrels and hummingbirds are far from endangered, but in California their numbers may dwindle. In the Central Valley region, home to much of the state’s agriculture, the problem is worsened as farms take up nearly all the water that’s left.

The death of 12 million trees in the forest habitat as a result of drought has also damaged living conditions for small animals that live in woody areas. Many small animals that depend on plant byproducts like acorns have seen their food supplies dwindle. And the canopy created by the tops of trees has been diminished in many areas, making it more difficult for some creatures like mice and rabbits to hide from predators, said Patricia Kruger, regional threatened and endangered species coordinator at the U.S. Forest Service. “Predators can have a short term benefit but, if it continues for a long time, obviously that’s not good,” said Holley.

Though the majority of affected species tend to be small, large mammals like bears and deer could soon face their own set of problems. For one thing, species large and small have been forced to share watering holes that would have once been separate, increasing the potential for the spread of disease.

As the drought worsened, many of these large mammals simply picked up and moved elsewhere to find find food and water. But the moves have not been seamless. Wildlife officials anticipate an increase in the number of clashes between these animals and their new human neighbors.

In many cases, authorities have taken an active role in protecting wildlife from the drought. Scientists are raising the vole, which has been listed as endangered since the 1980s, in captivity to ensure it doesn’t disappear from the planet, for instance. But in other cases, they can only sit back and hope for the best, said Holley.

“We’re kind of in a waiting period,” he said. “We’re hoping for a more normal [rain] cycle. There’s one thing that’s certain, the climate in California has always been changing and will continue to change, and these animals are going to have to continue to adapt.” 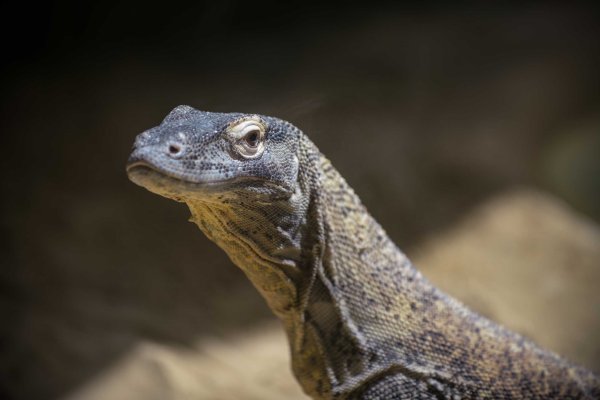 Zoo Worker Bitten By Dragon in Omaha
Next Up: Editor's Pick