At a recent meeting of the World Economic Forum (WEF) in Jordan, delegates from all over the Middle East and North Africa returned to the same topic again and again during panels and private discussions. But it wasn’t the threat posed by the extremists of the Islamic State of Iraq and Greater Syria (ISIS) or the increasingly hot cold war between Saudi Arabia and Iran. The topic on many people’s minds was something that might seem a little less immediate and newsy: education.

The shortcomings of schooling in the Arab world may sound like a secondary concern, but there are two good reasons delegates at the WEF kept coming back to it. The first is that the failing education systems in the Middle East are creating rapidly expanding pools of unemployed young people who could be contributing to their country’s economies, but instead feel cast out.

The lack of young women entering the workforce has long handicapped economic growth. The lack of young men finding jobs could create, in an era when Islamist militants have become adept at attracting recruits via social media, a major security threat to the region and the world.

The second reason that people in the region talk about education so much is that the problem feels—and is—fixable. In the past few decades, governments in the Arab world have shown that they are committed to educating their populations: enrollment in elementary schools rose from 86% in 2000 to 94% in 2010; literacy rates have doubled since 1980; and roughly the same number of girls and boys now attend elementary school.

So what’s going wrong? Education experts say that schools and colleges in the ­Arab world are not teaching kids the skills they need to succeed in the workplace. Instead, teachers focus on memorization and passive learning. Safwan Masri, executive vice president for Global Centers and Global Development at Columbia University and an expert on education reform in the Middle East, argues that schooling from the earliest age in the Middle East does not encourage children to question authority and focuses too much on Islamic learning and ethnic and national identity. “The question should not only be whether children are enrolled in school but rather what and how they are learning,” Masri says.

What they should be learning, says Ron Bruder, an American philanthropist and education advocate, are skills that specifically prepare them for the workplace, including time management, résumé writing and public speaking. More than 10 years ago Bruder, a successful entrepreneur, established a foundation called Education for Employment, which has trained more than 28,000 young Arabs in these so-called soft skills. Bruder says that 6,000 of the graduates now have jobs and 14,000 are in apprenticeships.

“We’re going to create a culture where it’s unacceptable for any institution to be training and not placing people in jobs,” says Bruder.

As advocates and some governments in the region push for reforms that will help Arab children become employable adults, one particular group of children is falling through the cracks. Of the almost 4 million Syrians now living as refugees, more than a third are of school age, according to the U.N. Sixty-two percent of those children are not currently enrolled in school of any kind. “We talk about a lost generation—it’s happened,” said Ali Sindi, the Minister of Planning for Iraq’s Kurdistan Regional Government, during a panel on refugees at the Jordan meeting.

“There is a security issue that will emerge” if these children are not educated, warned former British Prime Minister Gordon Brown, speaking on the same panel. Brown, who is now the U.N. special envoy for global education, said that many Syrian refugee children are increasingly at risk of being trafficked, forced into child labor or married young.

One way to save some of these children would be for international donors to finally honor their funding pledges; despite the ongoing crisis, right now the U.N. is $235 million short of the funding levels it requested in 2014 to help pay for the education of the Syrian refugee children. As war rages and tensions between Middle Eastern rivals only intensify, education aid might be the best investment the international community can make in this volatile region. 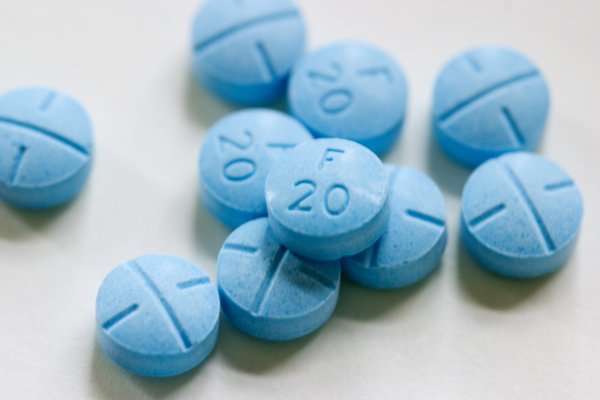 Where's the Moral Outrage for ADHD Mass Medication?
Next Up: Editor's Pick