How the Cloud Is Helping Startups Grow Lightning-Fast

In business, success is often about seeing the future. For instance, CamFind co-founders Brad Folkens and Dominik Mazur caught a glimpse of it in 2011, when they noticed search engine traffic on desktop computers was declining. Fewer people were using their PCs to look things up because they were running queries on their mobile devices instead.

As Folkens and Mazur looked deeper, they also saw how search habits differed on smartphones and tablets versus desktops. On desktops, people mostly use Google for whatever they’re looking for. But on mobile devices, if people want to find a restaurant, they’ll search with the Yelp app. If they’re looking for a work contact, they’ll use LinkedIn. For news, the New York Times app might be their go-to. And if they wanted to find out what spider just bit them, well, they were in some trouble.

“We found Google Goggles (a search engine that ran queries against photos) only answered queries correctly one in twenty times or at best one in ten times,” says Folkens, the CamFind’s CTO. “We looked at creating an image recognition platform that would output answers 100% of the time, with a varying degree of detail.”

Camfind’s image recognition platform works much differently than the kinds of search engines that came before it. Previously, when a search was run, the computer would show exact results, or nothing at all. But with some of the deep learning going on in cloud connected computing, CamFind can gradually come up with the right answer — in an instant.

For example, let’s return to the spider. Imagine you quickly snap a picture of the bug and use the image to search on CamFind. In the short time it takes to return the search result, the spider query spins out across the web. CamFind’s image recognition platform, a collection of code hosted on rented cloud servers, sends the query across other servers, also hosted in the cloud. The image file passes through a variety of computer vision algorithms: some specialize in two-dimensional images, others utilize deep learning technologies. If the image recognition platform still hasn’t figured out what kind of spider it is by then, the platform will send the picture off to a human in order to determine an answer. That person then enters the result back into the system, helping the platform learn the answer for a future query.

“Essentially what we have is like a brain that constantly learns as people take pictures with the app and as images are fed into our system,” says Folkens.

Most times, CamFind will identify the correct species of spider in the photo. (Spiders are actually one of CamFind’s specialties, probably because they freak people out so much.) “Then you can find out information about it, whether or not it is poisonous, and if should you go to a hospital,” says Folkens. Or, if the app is totally stumped, it will show the user enough results so they can recognize the spider in a related images.

But without cloud computing, CamFind would have arachnophobia just like the rest of us. The company would not only need a bunch of enormous computers in its offices to run these platforms and algorithms, but they’d also have to lease a massive space to house all that equipment. Through the capabilities provided by the cloud, CamFind can lease all the necessary computing power instead. This is a huge cost savings, and it’s at the heart of our current technological boom.

It used to be that when goods or services became popular overnight, they’d be victimized by their own success, unable to reach customers fast or inexpensively enough. They couldn’t get the tools they needed, build products quickly, or deliver their the goods in a timely manner to keep up with demand. But with the cloud, software startups can add (or subtract) computing might at the push of a button.

“The cloud makes that physical layer disappear,” says Folkens. “I can just say, ‘Give me five machines to run our computer vision algorithms over; give me 10 machines; give me a 100 machines all with powerful GPUs (Graphics Processing Unit) . . . and we only pay for what we use.”

As a result, within two weeks of reaching a million app downloads in late 2013, CamFind had more than 20 different companies looking to use the company’s technology in their own products. Today, they have more than 700 such customers using CamFind. This cool little app that was teaching the cloud to see has opened everyone’s eyes. The future is looking good, indeed. 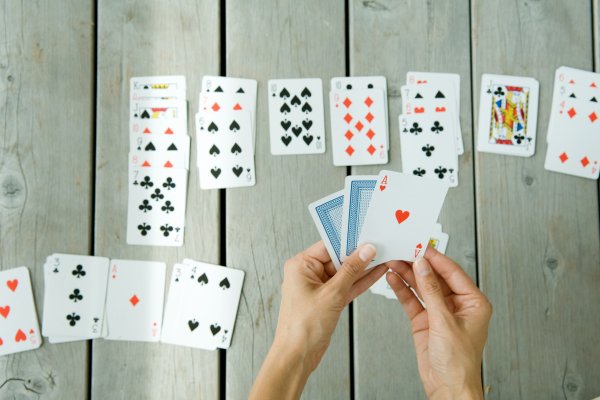 Startup Founders Get their Rightful Place: On a Deck of Cards
Next Up: Editor's Pick