The video game has only featured men’s teams since it was first released in 1993.

However, as welcome as EA Sports’ announcement is, Mashable points out that while the women’s teams are “in the game” on screen, in real life they fall far behind the men’s teams in the way they are treated by soccer’s governing body.

In the upcoming Women’s World Cup, beginning June 6 in Canada, the women’s teams will have to play on artificial turf fields, instead of actual grass.

No men’s World Cup has ever been played on synthetic surfaces and many of the women’s teams feel it is gender discrimination. Playing on the fake turf puts them at a higher risk of injury.

A group of the sport’s top female players filed legal action against FIFA and the Canadian Soccer Association last year but had to end their challenge in January because FIFA stalled for so long that it was too late to potentially change the pitches in time for the championship.

“This being the pinnacle of our sport, we feel like we should be treated just like the men,” U.S. forward Abby Wambach told the New York Times last year.

EA Sports’ announcement comes as FIFA finds itself snared in a huge corruption scandal that has seen 14 senior officials arrested on charges of bribery, fraud, and money laundering. 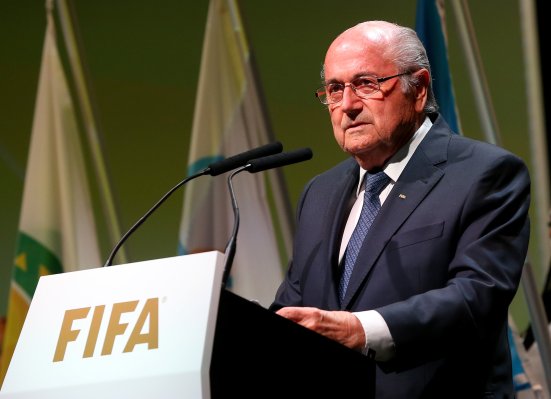