After a brutal 2013, in which Carnival Cruises was plagued with a string of ugly incidents at sea including the infamous “poop cruise,” the company says that business has rebounded, with bookings up nearly 20%. Even so, Carnival just lost a bundle.

Yet the main reasons cited for why bookings have increased also help explain how the company wound up with a loss for the quarter. To woo cruisers back to Carnival last year, voyages were frequently offered with huge discounts, sometimes at ultra-cheap rates averaging out to be under $50 per person per day. Through early 2014, Carnival has felt forced to continue relying on deep discounting as a means to fill ships.

At the same time, the company has substantially increased spending on advertising to attract more customers, most noticeably via a high-profile “bobslide” TV commercial played relentlessly during Carnival’s stint as the official cruise line advertiser of the Sochi 2014 Olympic Winter Games. “We have increased our investment in advertising and expect to spend over $600 million in 2014,” Donald said this week during a conference call with analysts. “That is a 20 percent increase over 2012.”

Carnival’s hope, of course, is that the increase in both ad spending and deep discounting are necessary only in the short run. The plan is to fill up ships by whatever means are necessary right now, and, once demand is high, to raise prices according to what the market will bear.

(MORE: End of the Road for Speed Traps?)

The problem—well, one of them, anyway—is that the clock is ticking on Carnival, and the cruise industry as a whole. Global demand for cruising, recently seen rising at a rate of 10% annually, appears to be leveling off. The Cruise Lines International Association 2014 forecast calls for an estimated 21.7 million cruise passengers this year, up just a smidge from the 2013 total of 21.3 million. At the same time, more and more new ships are being prepared to hit the rivers and open oceans: 36 new vessels with a collective capacity of around 70,000 passengers are planned for launch over the next five years.

The supply of cruise ships is increasing. Will demand keep up? And will demand rise to the extent that it would allow Carnival, among others, to raise prices significantly?

If it did, it would be against the trend witnessed in recent years. At a conference in Miami earlier this month, Carnival’s Donald said that the presence of more and more cruise ships has made it all but impossible to raise prices. “I think clearly we have experienced in the last few years demand growth less than capacity growth worldwide in terms of the price we would like to see for all of our various products and services,” he said, per the industry publication Travel Weekly. 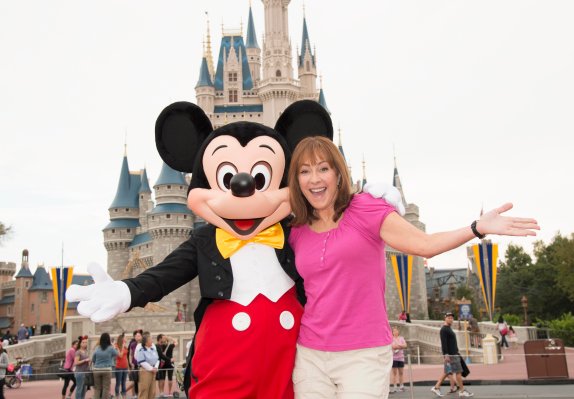 5 Reasons Disney Will Pay Up to $950 Million to Be on YouTube
Next Up: Editor's Pick