Is 'The Most Homophobic Place on Earth' Turning Around?

In 2006, Time magazine called Jamaica “the most homophobic place on earth.” The country was experiencing excessive violence and hate crimes against gays and lesbians. Three years later, a friend and I were robbed and sexually assaulted in Jamaica. We are both lesbians. When I first reported the incident to the police, an officer told me I should “leave this lifestyle and go back to the church.” But I didn’t. I reported the incident and testified against my assaulter. I became an advocate for other women like me.

In April, at a town hall meeting in Kingston, Jamaica, President Barack Obama included my story when he spoke about a generation that cares “less about the world as it has been, and more about the world as it should be and can be.” These two moments—when an official insulted me and when the U.S. president acknowledged me—show how far Jamaica has come in the last few years.

Although the LBGT community in Jamaica still faces challenges on many fronts, attitudes are changing, as detailed in a recent report from Human Rights First. Given this momentum, international partnerships and pressure on the government have the power to help change the lives of LBGT Jamaicans.

Jamaica’s “anti-sodomy law,” a holdover from British colonial rule, criminalizes “the abominable crime of buggery” and acts of “indecency” between men. Few have been convicted under the law, but many use it as pretext for unfairness and violence. Broadcasting companies have cited it when refusing to air ads promoting tolerance and respect for LGBT people. Dancehall music artists have used it to justify violent homophobic lyrics.

Many LGBT youth are forced to live on the streets after being kicked out of their homes. People can lose their jobs because of their sexual orientation or gender identity. Many avoid healthcare centers, even for HIV treatment, for fear of mistreatment. Mobs have attacked and even killed LGBT people. Few are investigated for these crimes, and even fewer are convicted.

Those with intersecting identities, such as lesbians, bisexual women, and transgender people seem to get a double dose of gendered violence and prejudice.

Overturning the “anti-sodomy law” requires not just a legal case but a transformation of social attitudes. Last year, threats forced activist Javed Jaghai to withdraw his challenge to the law. A 2011 poll found that about 76% of Jamaicans oppose amending the law. Even larger majorities believe that homosexuality is immoral.

But against this grim backdrop, there is hope. Officials including Public Defender Arlene Harrison Henry, Minister of Justice Mark Golding, and chair of the Jamaican National Family Planning Board Dr. Sandra Knight have spoken boldly in favor of the human rights of LGBT people. Reverend Margaret Fowler of United Church ministers to homeless LGBT youth and urges her congregation to do the same. Anglican priest Father Sean Major-Campbell has welcomed LGBT people into his church.

Just last month at a Human Rights First reception for International Day Against Homophobia, I stood next to reggae singer Etana, as she told a room full of people on Capitol Hill that we must work to make Jamaica a place that is safe for all people. Another prominent reggae singer Tanya Stephens has created constructive dialogue around the issue, and her song “Do You Still Care?” humanizes the experience of members of the LGBT community in Jamaica. A range of groups—including Quality of Citizenship Jamaica, J-FLAG, the Caribbean Vulnerable Communities Coalition, Pride in Action, Aphrodite’s PRIDE, and the Colour Pink Group—also support the change.

Together, these leaders are changing the narrative around LGBT human rights in Jamaica.

Now is the perfect time for the United States to act. President Obama is very popular in Jamaica and could have a huge influence in promoting the rights of the country’s LGBT people. Newly appointed Special Envoy for the Human Rights of LGBT Persons Randy Berry traveled to Jamaica last month. He should work to partner with Jamaica to combat homophobic violence and unfairness. The tourism industry and other U.S. businesses in Jamaica should also make changes to ensure that their LGBT customers and employees have access to a safe, supportive environment.

There’s a Jamaican phrase, “Every mickle mek a muckle,” which means “Every little bit adds up.” I am looking forward to the day when LGBT Jamaicans can live freely thanks to the combined efforts of civil society and our partners to bring about “the world as it should be.” 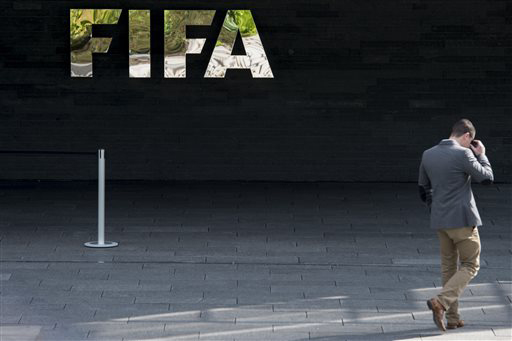 Now That Americans Love Soccer, We Can Referee It
Next Up: Editor's Pick