Baltimore's Top Prosecutor Once Made Her Case to Judge Judy

Before she made national headlines by indicting six police officers in the death of Freddie Gray, Baltimore City State’s Attorney Marilyn J. Mosby made an appearance on the small screen for a more personal legal matter.

A young Marilyn James made her case before none other than Judge Judy Sheindlin, the fiery host of the popular TV courtroom show, a spokesman for her office confirmed to the Baltimore Sun. The 20-year-old appeared before the judge to seek damages after discovering her neighbor trashed her college apartment while she was away on summer break.

According to her LinkedIn profile, Mosby attended Tuskegee University between 1998 and 2002, before heading to Boston College Law School.

The future prosecutor upstaged her neighbor in the courtroom, presenting receipts, photos and checks to aid her case. The defendant, on the other hand, offered little more than a shrug.

In the end, the young Mosby told the viewing audience there was “finally some justice served” when Judge Judy ruled in her favor and awarded her $1,731.90. 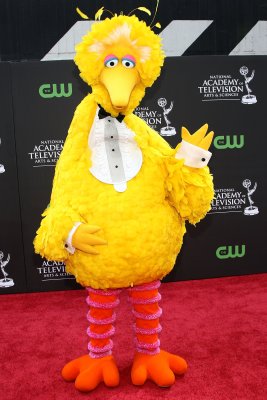 Big Bird Lip-Syncing 'Still Not a Player' Will Ruin Your Childhood
Next Up: Editor's Pick