You May Soon Be Able to Buy Amazon-Branded Milk, Cereal and Baby Food

A package shipped from Amazon.com moves down a conveyor belt during the afternoon sort at the United Parcel Service Inc. (UPS) Worldport facility in Louisville, Kentucky, U.S., on Tuesday, April 21, 2015.
Bloomberg—Bloomberg via Getty Images
By Phil Wahba/Fortune

Amazon.com is getting ready to take its fight with the likes of Costco Wholesale, Target and Walmart deeper into the grocery aisles.

The online retailer is planning to expand its private label lineup into groceries like milk, cereal, and baby food, the Wall Street Journal reported on Thursday, citing people familiar with the matter. The newspaper also reported that Amazon filed for trademark protection in early May for more than two dozen categories under its existing Elements brand including coffee, soup, pasta as well as household products like razor blades and cleaning products.

Amazon has approached some private-label food manufacturers to partner including TreeHouse Foods, a major player, according to the Journal’s report. Amazon did not immediately respond to a Fortune request for comment.

The foray into private-label grocery comes as food is becoming ever-bigger business for major retailers. Groceries can bring higher profit margins despite the lower retail prices some retailers charge because the companies save on the marketing costs.

Such in-house brands are also finding more acceptance with customers, many of whom are increasingly looking for bargains and are more open to buying store brands. A case in point is Costco’s Kirkland brand, which generates $15 billion in sales from coffee, chicken breasts, and cleaning products.

Amazon’s Elements portfolio began last year with diapers, which it has since dropped, and baby wipes that are sold exclusively to members of its Prime subscription service. Among other things, Prime offers unlimited same-day delivery in certain markets and two-day shipping — all for a $99 annual fee.

This would be Amazon’s first try at selling its own line of food, a far more complex business than some of its other private label products because of food safety issues. And Amazon would be going up against experienced competitors that have plans to improve their own brands. Target’s Archer Farms, for one, will undergo an overhaul in the next year.

Still, the move makes sense for Amazon as it looks to capitalize on and built out its Fresh grocery delivery. 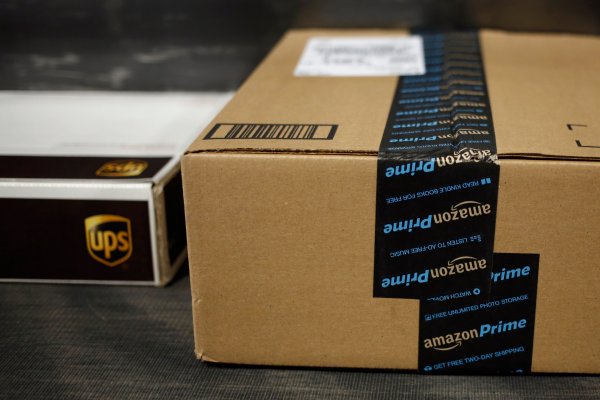 8 Secret Amazon Prime Perks You Don't Know About
Next Up: Editor's Pick