Steve Wozniak Is Getting a Wax Figure at Madame Tussauds

Apple co-founder Steve Wozniak is getting immortalized in wax. Madame Tussauds in San Francisco announced this week the inventor will be the next techie to get the wax treatment, joining the likes of Apple’s Steve Jobs and Facebook’s Mark Zuckerberg.

In a statement, Wozniak said he is “incredibly excited” to be added to the San Francisco location and equally thrilled that he’ll be placed next to his former partner.

“I remember visiting the London Museum as a kid,” Wozniak said. “I can’t wait to see my figure next to Jobs—it’ll be just like old times.”

According to Madame Tussauds, now the fun part begins. Wozniak will have to sit for 2 to 3 hours and have 250 measurements taken to ensure his figure’s accuracy. It takes about three to four months to complete the process, after which Wozniak will appear at his sculpture’s release for a side-by-side comparison. 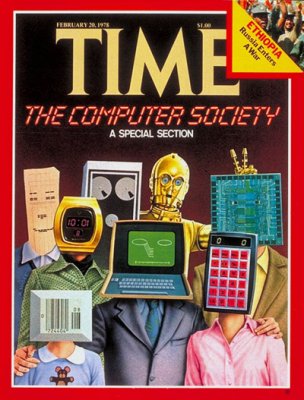 How TIME Explained the Way Computers Work
Next Up: Editor's Pick