Magnum Photos, the agency that nurtured well-established photographers such as Robert Capa and Henri Cartier-Bresson, is looking to regain its prestige, banking on the large consumer market to expand its brand.

Almost two years after one agency official prematurely announced the launch of a membership scheme for its community of followers, the plan is now back on track – starting with a new website, unveiled earlier this month.

“Magnum’s core business over the years has been to license its photographs to the professional marketplace, and that’s what the revamp of the website is supposed to improve and enhance,” Magnum’s CEO David Kogan tells TIME. “But actually, what we’re seeing is that we have a very large potential consumer market out there. We have millions of followers on Instagram, Twitter, Facebook and all the other forms of visual distribution.”

These potential consumers believe in the brand, says Kogan, but the agency has yet to develop a relationship with them. “That’s going to be the focus of our [business-to-consumer] strategy and of the platform we’re developing now,” he adds. The initiative, which will involve an annual subscription fee, will offer consumers access to Magnum’s photographers and to exclusive content such as workshops and signed books. “It’s all about the Magnum Photo’s brand, which I think is remarkably under utilized,” says Kogan, who will present his plans to the agency’s photographers at the next annual general meeting in Paris in June.

Since being appointed CEO last year, Kogan has moved to expand the brand’s reach, using his past experience at Reuters as head of its television business. He signed, in October, a deal with Carnival Films, which produces the Emmy-award winning Downton Abbey, to develop a TV show about the agency’s founding members. “Now, we’re looking at other very big joint ventures with large media groups to drive forward our assets,” he says.

Yet, his biggest challenge was to reorganize the agency’s staffing structure. In the past, Magnum functioned around four offices – in New York, London, Paris and Tokyo. “For the first time in Magnum’s history, we now have a centralized business,” he says, where each division – editorial, education, cultural, etc. – has a global manager. “There’s much more collective decision-making across the offices,” he says. “And the photographers have been entirely supportive of that.”

While Kogan’s plans are still in their infancy, he remains optimistic about the agency’s future. “I believe the staff and the photographers are united in wanting to see Magnum succeed,” he says. 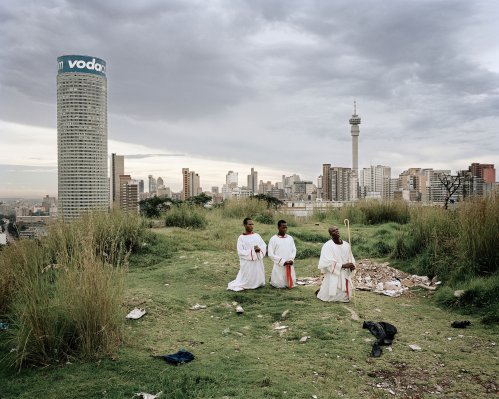