The Bachelor's Chris Soules and Whitney Bischoff Broke Up

Nearly seven months after getting engaged in his barn in Arlington, Iowa, Chris Soules and Whitney Bischoff have split.

The Bachelor couple “have mutually and amicably decided to end their engagement,” reads a joint statement released to PEOPLE. “They part with nothing but respect and admiration for one another and will continue to be supportive friends.

“They wish to think everyone who has supported them through this journey.”

Bachelor Nation watched Soules, 33, get down on one knee in March, telling Bischoff, “It’s not work for us. It’s natural. We both want the same thing, and it feels so right. It feels so perfect. And that’s what I want for the rest of my life. I love you.”

Bischoff’s willingness to move to Soules’ tiny hometown was met with incredulity by Bachelor fans, but she maintained that she was ready to settle down and start a family with her fiancé.

For his part, Soules was excited to begin his life with Bischoff in earnest following his run on Dancing With the Stars, though he admitted they had yet to move in together.

“Eventually she will be moving to Arlington and we’ll be beginning our life there,” he told PEOPLE earlier this month. 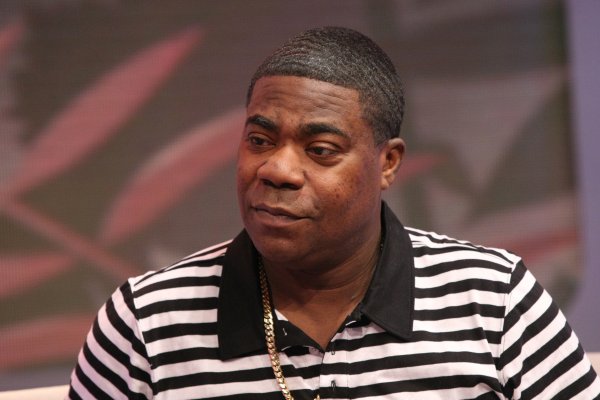 Tracy Morgan to Give First Post-Crash TV Interview
Next Up: Editor's Pick