Why This is the Only State Where Unemployment is Up

A few years ago, as the U.S. unemployment rates flirted with the double digits, North Dakota bucked the trend. Its oil and gas boom kept jobless rates as low as 2.7%.

But now North Dakota is standing out for the opposite reason: it’s the only state where unemployment is rising.

The Bureau of Labor Statistics’s latest unemployment report Wednesday found that North Dakota was the only state with a significant year-over-the-year increase in joblessness. In April, unemployment there rose 0.4% from the same month in 2014.

Twenty-eight states had statistically significant unemployment rate declines in that period, with Michigan’s 2.1% being the largest. The other 21 states and the District of Columbia had rates that were not appreciably different from those of a year earlier, according to the report.

Though it’s difficult to know for sure, sinking oil prices is likely to blame for North Dakota’s increase in joblessness. The BLS’s current employment statistics database shows that seasonally adjusted employment in North Dakota’s mining and logging sector, which cover some oil and gas jobs, decreased to 28,600 jobs in April 2015, down from 28,800 a year earlier and a high of 32,400 in January.

Because North Dakota is a relatively small state, the BLS does not break down the broad mining and logging sector into more detail. The BLS’s quarterly census of employment and wages is a bit more specific. But data for North Dakota’s oil and gas jobs hasn’t been updated since September, when employment in the industry was still growing.

It should be said that North Dakota’s unemployment rate of 3.1% in April 2015 is still incredibly low. It’s second lowest overall—behind Nebraska’s 2.5% rate—and is considerably better than that nationwide 5.4% rate.

But the fact that North Dakota’s unemployment increased at all is a stark reversal of the state’s boomtown narrative. Remember the stories about man camps popping up to house the state’s exploding population and where oil field jobs garnered staggeringly high pay? 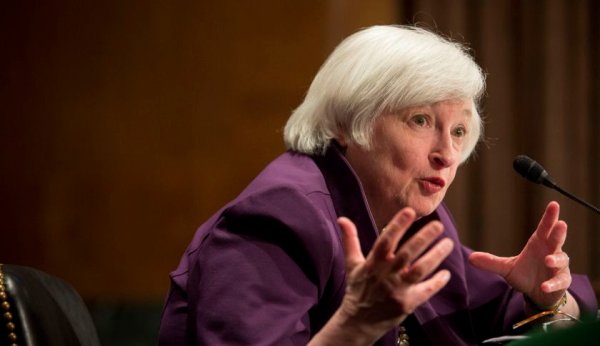 Here’s What Friday’s Jobs Report Means for the Fed’s Rate Hike
Next Up: Editor's Pick