This Is Google's Plan for Internet-Connected Everything

Google announced its planned software for the Internet of things and it’s a pretty nice shot at all the major players trying to horn in on the space while taking advantage of Google’s dominance in the mobile operating system arena today.

Brillo will support Wi-Fi, Bluetooth, and because it was developed with some input from Nest, although it is not part of the Nest business, Brillo developers at Google may support alternative wireless radio protocols such as Thread.

This is not a new approach to the Internet of things. What Google is doing is building an operating system that device manufacturers can put on their devices to ease the process of getting a device online, manage the connectivity and many of the lower-level hardware functions that manufacturers don’t want to deal with. I’ve covered some of the reasons behind Brillo in a previous story, here.

The other part of Google’s Internet of things strategy is the inclusion of a communications standard called Weave, which will define certain devices and what they can do. So for example, a camera can be turned on or off. Pichai didn’t go into a lot of detail about Weave. He did say that Weave is cross platform, and it exposes developer application programming interfaces, which is a plus for people trying to link their cloud-based services to devices communicating with Weave.

Weave is not a separate protocol, but rather a lightweight schema developers can use. In function it reminds me of what the All Seen Alliance is pushing with AllJoyn and the Open Internet Consortium is trying to do with Iotivity. However, both of those are protocols and it’s not yet clear how all three would compare and contrast for developers.

Pichai also noted that any device running Brillo and Weave will be able to talk to other Android devices, which means that when these are fully implemented the scenario should look similar to what Apple is trying to do with HomeKit—only Google was careful to keep the scope of its efforts at a larger scale. Pichai mentioned the smart home, but also farmers and other use cases. This would give manufacturers of connected devices a reason to use Brillo and weaved over alternatives, because there’s an embedded base of devices that already would talk to them and it makes it much easier to build services that could tie all of the myriad devices together. 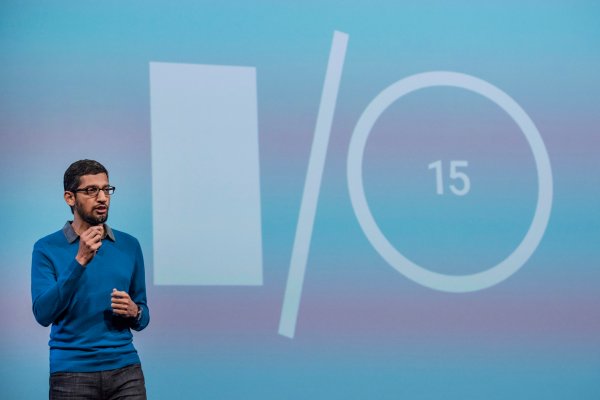 Google’s Best App Just Got Better
Next Up: Editor's Pick