Artist Behind 'Hope' Poster Is Disappointed in Obama

Shepard Fairey, the artist behind the iconic “Hope” portrait that became the unofficial symbol of Barack Obama’s 2008 campaign for the White House, thinks the President fell short of America’s expectations.

“Obama has had a really tough time, but there have been a lot of things that he’s compromised on that I never would have expected,” Fairey said in an interview with Esquire. “I mean, drones and domestic spying are the last things I would have thought [he’d support].”

Fairey, a street artist and executive producer of MTV web series Rebel Music, told the magazine he thinks the president could have been braver throughout his eight years in office. But Fairey was also highly critical of lax rules on campaign contributions, which he said can lead those who write the biggest checks to believe they hold power over politicians.

“I’m not giving him a pass for not being more courageous, but I do think the entire system needs an overhaul and taking money out of politics would be a really good first step,” he said.

This isn’t the first time the artist has called out Obama for not living up to his campaign message of hope. In 2012, Fairey told the Guardian, “Obama hasn’t done as well as I hoped, but I created the poster with the understanding that people in office can only achieve so much.”

In 2013, he applauded a remixed version of his iconic poster that called out the President and National Security Agency in the wake of revelations that the agency collected data on Americans’ phone and web history in bulk.

“I have never been an unconditional Obama supporter or cheerleader,” he told the Los Angeles Times. “So I’m pleased to see people subvert my Obama images as a way to critique him and demonstrate the wide gap between some of his promises and actions.”

Correction: The original version of this story misidentified Shepard Fairey’s role in the web series Rebel Music. He is executive producer. 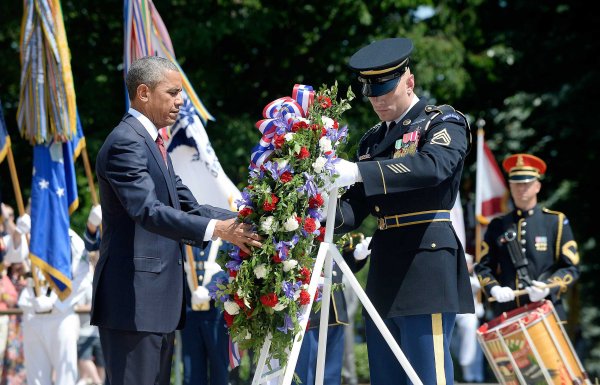