Which State Will Be Next to Abolish the Death Penalty?

Nebraska's lethal injection chamber at the State Penitentiary in Lincoln, Neb. On May 27, Nebraska became the 19th state to repeal the death penalty.
Nate Jenkins—AP
By Josh Sanburn

Nebraska became the first Republican-leaning state in four decades to abolish the death penalty on Wednesday, the latest signal that momentum is on the side of those who oppose capital punishment. And in the next few years, it’s likely that several more states will outlaw the practice.

Delaware may be the next in line. Governor Jack Markell, a Democrat, has pledged to sign a death penalty repeal bill that has already passed the Senate and is currently in the majority Democratic House Judiciary Committee. That’s only if Montana or New Hampshire don’t get there first; state lawmakers in Montana fell one vote short of passing a bill to abolish the death penalty in February, reaching a 50-50 split on the bill after the Senate passed its own version. Similarly, the New Hampshire Senate also reached a deadlocked repeal vote in April 2014.

But there’s a whole list of states that might yet follow in Nebraska’s footsteps. The seven states that have now done away with capital punishment since 2007 all had one thing in common: they essentially had stopped using their execution chambers altogether. And six states with death penalty laws still on the books — Colorado, Kansas, New Hampshire, Oregon, Pennsylvania and Wyoming—haven’t executed anyone in more than a decade.

According to the Pew Research Center, 56% of Americans still support the death penalty, but that number is at its lowest in four decades. Opposition is coming not just from Democrats, who have historically opposed capital punishment, but increasingly from Republicans who believe the death penalty is too costly and does nothing to deter people from the most heinous of crimes.

In both Kansas and Wyoming — states which haven’t executed anyone in years — conservative lawmakers have introduced repeal legislation in both states, and in South Dakota, another red-leaning state, several conservative legislators have voiced support for doing away with capital punishment. Last year, legislators in the South Dakota House were one vote shy of getting a bill to the floor.

“The death penalty is no longer getting a pass,” says Diann Rust-Tierney, executive director for the National Coalition to Abolish the Death Penalty. “People may support the idea in the abstract, but when they see how it’s done, how it’s doing nothing to enhance public safety, and when they see innocent people being released from death row, they see that they can’t square it with their other values.” 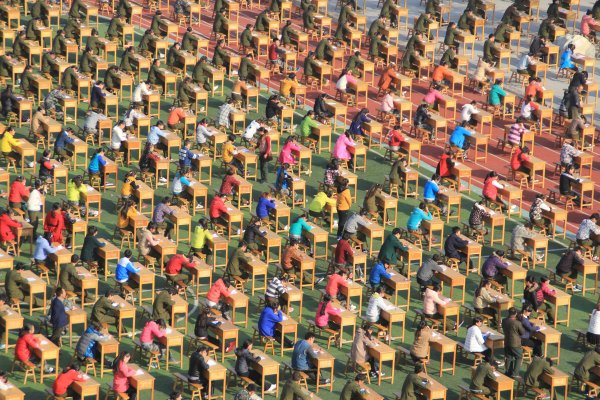 15 Accused in SAT Cheating Conspiracy
Next Up: Editor's Pick