These Are the 5 Reasons Why the U.S. Remains the World's Only Superpower

Tyler Whitsett, a First Lieutenant cadet with the Civil Air Patrol United States Air Force Auxiliary helps to hold up a large American flag prior to the start of the National Memorial Day Parade on May 25, 2015 in Washington, DC.
Matt McClain—The Washington Post/Getty Images
By Ian Bremmer

A ‘superpower’ is a country that wields enough military, political and economic might to convince nations in all parts of the world to do things they otherwise wouldn’t. Pundits have rushed to label China the next superpower—and so have many ordinary Americans—but the rumors of America’s decline have been greatly exaggerated. In the key categories of power, the U.S. will remain dominant for the foreseeable future. These facts show why America is still the world’s only superpower, and why that won’t change anytime soon.

China’s economy is growing at an impressive rate. But it’s not just the size of an economy that matters—it’s also the quality. According to the World Bank, GDP per capita in the US was $53,042 in 2013; in China it was just $6,807. In other words, little of China’s dramatic economic growth is finding its way into the pockets of Chinese consumers—the byproduct of an economy driven by massive state-owned enterprises rather than private industry. China’s headline growth may be higher, but it’s the U.S. economy that’s allowing its citizens to grow along with it.

America’s military superiority remains unrivaled—full stop. The US accounts for 37% of global military spending, and spends more than four times what China, the world’s No. 2 spender, does on its military. The U.S. dominates across land, sea, air and space. America’s Middle East misadventures gave the U.S. military a black eye, but the wars in Iraq and Afghanistan speak more to the changing nature of warfare than declining U.S. military superiority. Terrorists and guerilla fighters give conventional military powers fits by design. The U.S. must ultimately learn to scale down to better meet those challenges. Nevertheless, while conventional military strength might not deter terrorists, it still does a terrific job of deterring hostile nations.

Political power comes in many dimensions. For the U.S., foreign aid is an effective way to cement its political clout globally. In 2013, the U.S. doled out $32.7 billion in financial assistance; second was the UK at $19 billion. Turns out that money buys strong political cooperation from countries in need.

But in order to have political power abroad, you must first have stability at home. The U.S. has the oldest working national constitution in the world, as well as strong institutions and rule of law to accompany it. While far from perfect, the governing document created by America’s founding fathers has evolved along with its people. The numbers show the enduring attraction of this system: 45 million people living in the U.S. today were born in a foreign country. That is more than four times higher than the next highest country. For many people around the world, America remains the ideal place to start a new life.

Of the 9 largest tech companies in the world, 8 are based in the U.S. Give the growing importance of the technology sector, that’s a big deal. For decades America worried about energy dependency, yet today America is the world’s No. 1 producer of oil and natural gas, in large part due to the development of hydraulic fracturing, a product of public research and private energy. America’s research universities and scientific institutions are best in class, allowing the nation to focus its ingenuity where it’s needed most. And America is spending the money to keep its comparative advantage intact: 30% of all research and development dollars are spent in the U.S.

In 2012, Americans spent $370 million on pet costumes. Earlier this year the Fury 325 opened up in North Carolina, claiming the title of world’s tallest rollercoaster—until 2016, when the next ‘giga’ coaster is scheduled to open in Orlando, Florida. In the most recent Charities Aid Foundation survey, Americans ranked #1 internationally when it came to helping strangers. These stats may seem disconnected, but together they point to the fact that Americans continue to enjoy a quality of life unmatched by the rest of the world. When you combine this with America’s strength across the board in economics, military, political influence and innovation, it is no wonder that the U.S. enjoys its privileged position in the world today. Superpower indeed. 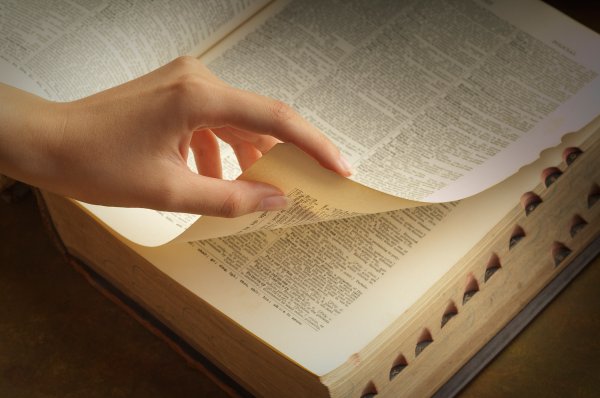 The U.K. Children's Word of the Year Isn't Really a Word
Next Up: Editor's Pick