Automakers have never had so much in common with Silicon Valley. Car makers are increasingly relying on technology to develop, market and sell cars to consumers. In fact, most of the world’s major auto companies established research and development labs of one sort or another in the Bay Area. BMW and Volkswagen set up shop there in 1998, General Motors in 2006, Toyota and Ford in 2012, Renault-Nissan in 2013. The automotive industry spends some $100 billion globally on R&D annually, about 16% of the world’s total for all industries.

Likewise, Bay Area firms are also increasingly interested in autos. Ever since the dawn of the personal computer, Silicon Valley has been inventing or reinventing new gadgets: the music player, the phone, the computer first as a phone and, later, as a tablet. Amazon remade the mall. Netflix and YouTube remade TV. Elon Musk’s Tesla notwithstanding, the last great remaining American preoccupation that tech hasn’t widely tackled is the automobile.

But automakers have a significantly more difficult task integrating technology into their vehicles. Where a new version of an Android phone, for example, might be reasonably expected to last its owner two or three years, most cars are on the roads for decades. That means built-in technology has to last over a much longer time fame. Legislation, as the fights over Tesla’s dealership model and Google’s self-driving cars have shown, can be limiting. And some high-tech bells and whistles simply never take. For every innovation like GPS navigation, there’s a numeric key pad.

In this video, TIME looks at how the top-selling premium manufacturer BMW is exploring new technology ranging from self-driving vehicles to virtual reality in an effort to keep pace with the competition. 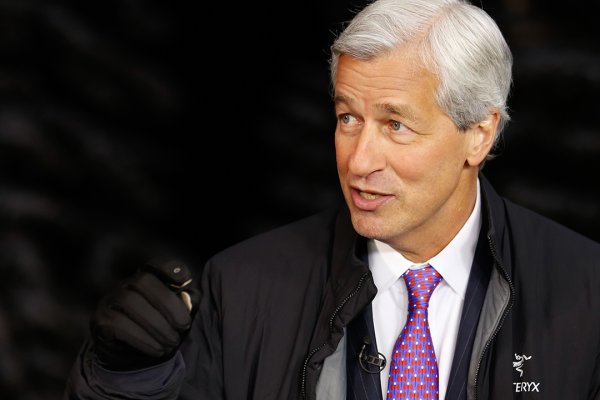 Jamie Dimon Is Sick and Tired of 'Lazy' Shareholders Voting Against Him
Next Up: Editor's Pick