Social media campaigns like #canceltheduggars seem to be working: Several more advertisers have yanked their sponsorship of TLC’s 19 Kids and Counting in light of the sexual molestation allegations involving Josh Duggar.

Companies like Choice Hotels and Pure Life Iced Tea followed Walmart, CVS Pharmacy and Payless Shoe Source by assuring the public it wouldn’t advertise in the TLC show about the Duggar family. “Thank you for contacting us to share your concerns,” wrote Pure Life on Wednesday. “Please know that we will no longer be advertising on 19 Kids and Counting.” David’s Bridal said it would “take steps to have our ads removed from future episodes” while H&R Block reportedly said in a statement that it “will not advertise on the show if it is reinstated.”

Other than announcing its decision to yank reruns, TLC hasn’t issued any more statements about the fate of 19 Kids and Counting, which follows Jim Bob and Michelle Duggar and their 19 children. Then again, the network could just be busy working on a plan to salvage the veteran franchise: People is reporting that TLC could be looking into the possibility of a spinoff that focuses on newlyweds Jill and Derick Dillard and Jessa and Ben Seewald.

“The show had begun to focus more and more on the next generation of Duggars, anyway – mainly Jill and Jessa and their marriages and babies,” a source told People. “That’s when the show got its highest ratings.”

19 Kids and Counting is TLC’s most successful franchise. The series, which began in 2008, just completed its 10th season. 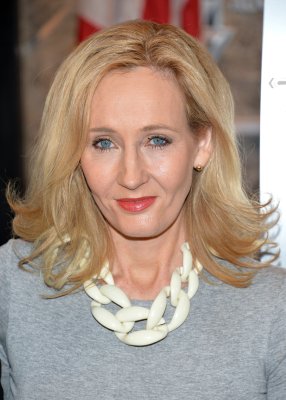 J.K. Rowling Had An Incredible Twitter Fight With the Westboro Baptist Church
Next Up: Editor's Pick