The body lay along a fence line at the edge of a highway. He was a 23-year-old Salvadoran, according to the ID in his wallet, carrying a toothbrush and a picture of a young girl posing in a cap and gown. The man had spent days trudging through the sandy brush of South Texas, stripped to socks and underwear in the heat. When he collapsed and died, someone dragged the corpse toward the road, where it was spotted by a passing cowboy. By the time Brooks County chief sheriff’s deputy Benny Martinez arrived on May 21, the body was bleeding from the eyes.

Collecting the dead is one of the grim rituals of Martinez’s job. The young man from El Salvador was the 24th undocumented immigrant to perish in Brooks County this year. Over the past six years, more than 400 bodies have been discovered in the desolate rural jurisdiction, where 7,200 people are spread across 943 sq. mi. (2,440 sq km) of cactus and mesquite. “You never get over it,” Martinez says.

The body count makes Brooks County one of the deadliest killing fields in the U.S. border crisis. But it is not actually on the border. The county is a graveyard for migrants because of the three-lane traffic checkpoint, operated by U.S. Customs and Border Protection, that sits on U.S. 281, 70 miles (115 km) north of Mexico. To circumvent the checkpoint, coyotes drop undocumented immigrants along the highway a few miles south, where they embark on an arduous hike through private ranchland with plans to rejoin their ride north of the station.

For undocumented immigrants entering the U.S. in South Texas, the multiday trek is the most perilous leg of a journey that starts with a payment (often $5,000 to $10,000, according to authorities) to coyotes in their home countries, who stash their clients at squalid border safe houses and shepherd them across the Rio Grande aboard inflatable rafts.

Despite all the attention to securing the border itself, often the best chance of intercepting the flow of people and contraband is at checkpoints on key roads leading north. In Brooks County, the enforcement checkpoint has pushed undocumented immigrants onto private ranches, where they are unprepared for the searing heat and arid terrain on what can be a 25-mile (40 km) detour around the patrol stations. Temperatures can reach triple digits in the summer. It’s easy to become disoriented and get lost. Migrants carry little food or water, and those who lag are left behind by their guides. “It’s the corridor of death,” says Eddie Canales, who runs the South Texas Human Rights Center, a few miles from the Falfurrias checkpoint in Brooks County. “There’s no telling how many remains are still out there.”

South Texas has struggled for years with the U.S. immigration crisis, but the problems deepened as migration patterns shifted. Beefed-up border security across former trouble spots in California, Arizona and West Texas prompted smugglers to find new routes through the Rio Grande Valley, while escalating violence in Central American nations spurred a wave of refugees searching for a path to the U.S. Illegal border crossings have dropped in 2015 with the end of the unaccompanied-minor crisis, and deaths in Brooks County are actually down from their peak of 129 in 2012.

But the impact still hits hard in places like Brooks County, which has just five sheriff’s deputies, and neighboring Kenedy County (pop. 400), where another border-patrol checkpoint sits astride U.S. 77. In these poor rural areas, recovering, identifying and burying the dead carry significant costs. Judge Imelda Barrera-Arevalo, the top elected official in Brooks County, estimates that dealing with the humanitarian crisis will consume 15% to 20% of the county’s budget this year. “It’s still our responsibility,” she adds, “whether we like it or not.”

To reduce fatalities, humanitarian groups and some ranchers have installed water stations. The border patrol has positioned rescue beacons on private land so migrants can buzz for help. Agents use ground sensors, cameras and blimps to surveil the sprawl. “I won’t be happy until the death toll is zero,” says Doyle Amidon, the patrol agent in charge of Falfurrias Station. “But the nature of this area, and the fact that we are in the perfect location for illegal migrants to pass through here, it’s sort of the perfect storm.” 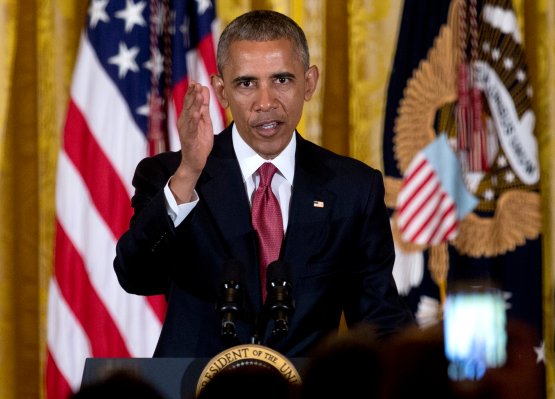 White House Hits Back at Appeals Court After Immigration Ruling
Next Up: Editor's Pick