Corporate sponsors are scrambling to distance themselves from the sprawling corruption dragnet launched against soccer’s global governing body, the International Federation of Association Football (FIFA), by American and Swiss authorities this week.

On Wednesday, prosecutors in the U.S. unveiled a 47-count indictment against 14 defendants tied to the federation, including nine FIFA officials, who are accused of involvement in racketeering, wire fraud and money-laundering conspiracies.

“Our investigation revealed that what should be an expression of international sportsmanship was used as a vehicle in a broader scheme to line executives’ pockets with bribes totaling $110 million — nearly a third of the legitimate costs of the rights to the tournaments involved,” Loretta Lynch, the U.S. Attorney General, told reporters during a press conference in Brooklyn.

The presentation of the indictment in New York City came as officials in Switzerland launched their own criminal proceedings related to the awarding of the 2018 and 2022 World Cups, following the arrest of seven FIFA officials in Zurich on the eve of the federation’s 65th international congress in the city.

Corporate sponsors linked to the organization appear to be in all-out damage control mode as the investigation made international headlines. World Cup sponsor Visa joined the chorus of saber rattlers lambasting FIFA and threatened to abandon its deal with the organization if it failed to weed out corruption in its ranks.

“It is important that FIFA makes changes now,” read a statement released by Visa. “Should FIFA fail to do so, we have informed them that we will reassess our sponsorship.”

Global soft-drink juggernaut Coca-Cola, which is also listed as one of seven FIFA partners for the 2018 World Cup, also sought to disassociate itself from the investigation, blasting the association for bringing disrepute to the sport.

“This lengthy controversy has tarnished the mission and ideals of the FIFA World Cup and we have repeatedly expressed our concerns about these serious allegations,” said the company in a statement.

However, sponsors also appear to be firmly in the crosshairs of the U.S Justice Department.

During the press conference in Brooklyn, Attorney General Lynch said the corruption probe also covered “agreements regarding sponsorship of the Brazilian national soccer team by a major U.S. sportswear company,” a not-so-vague reference to the 10-year, $160 million deal that Nike and the Brazilian national team inked in 1996.

On Wednesday, U.S. officials promised that the investigation launched this week was only the first chapter in their probe into corruption in international soccer.

“This is the beginning of our effort, not the end,” stressed Kelly Currie, acting U.S. attorney for the Eastern District of New York. “We are looking into individuals and entities in a variety of countries.” 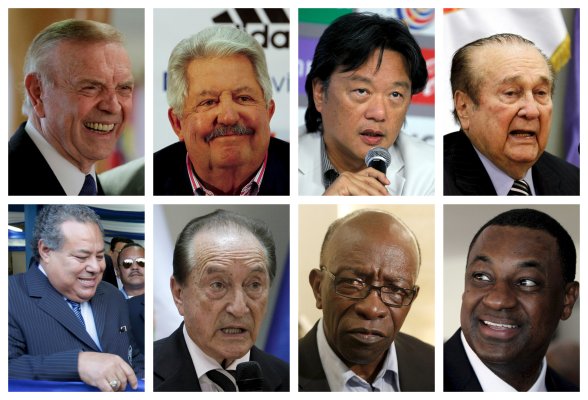 U.S. Slams 'Systemic' Corruption at FIFA
Next Up: Editor's Pick