B.B. King‘s attorney has flatly dismissed claims by two of the bluesman’s daughters that he was murdered, suggesting the women are motivated by money.

“It’s fiction. There’s no truth behind that at all,” the attorney, Brent Bryson, told PEOPLE Wednesday of the suggestion by Karen Williams and Patty King that B.B. King was poisoned by two aides. King, 89, died May 14 from what the Las Vegas coroner said were small strokes brought on by his type 2 diabetes.

Bryson said the daughters are likely upset with King’s will and trust. King set up a trust that would pay for college and other expenses for his descendants, while leaving sums between $2,000 and $5,000 to his children.

“He left some amounts to his sibling, to his children, to his grandchildren and through his testamentary documents, and they’re probably not happy with that … It’s really all about money,” Bryson told PEOPLE.

An attorney for the daughters, Larissa Drohobyczer, disputed that.

“Karen and Patty have nothing to gain financially by getting truth to how their father died. Nothing,” she told PEOPLE. “No family members were allowed to see him for a week prior to his death, and that raised reasonable suspicion as to his cause of death. My clients just want answers.”

Williams and Patty King allege that B.B. King’s business manager, LaVerne Toney, and his personal assistant, Myron Johnson, poisoned him. They have requested a criminal inquiry, which prompted the coroner to perform an autopsy Sunday on King, which he didn’t want.

“Probably the most disgusting thing about it is it’s all coming up when we should be thinking about what Mr. King meant to the world,” says Bryson. “This is something that could’ve been raised after he was laid to rest.”

Toney had been taking care of King before his death, but Williams and Patty King had recently petitioned to have an independent guardian take over, alleging elder abuse. That petition was thrown out shortly before King died.

“He smiled when I told him we had defeated the guardianship proceeding, and he died about a week later,” says Bryson. “I really think he was just kind of hanging on to see how that went. Once it went in his favor, that he could still be his own man without being cared for by somebody else, I think that was a turning point for him, and he kind of let go.”

Bryson adds: “Mr. King was very much a take-hold type person. He wanted what he wanted. He certainly didn’t want to have any of his family members involved in his business or he could’ve done that. These allegations that Ms. Toney misappropriating funds for years – why weren’t these allegations brought up years ago if that’s really their truth? He trusted Ms. Toney.” 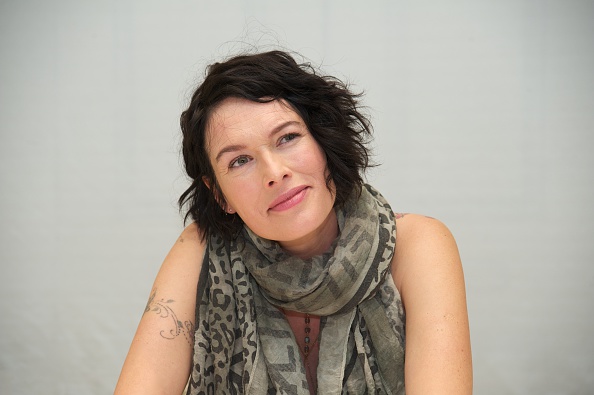 Read Game of Thrones Star Lena Headey's Powerful Message to Her Daughter
Next Up: Editor's Pick