How Siri Is About to Get Wildly Better

Apple CEO Tim Cook shows off the new iPhone 6 and the Apple Watch during an Apple special event at the Flint Center for the Performing Arts on September 9, 2014 in Cupertino, California.
Justin Sullivan—Getty Images
By Kia Kokalitcheva / Fortune

Siri is about to take a much more active role in iPhone users’ lives.

According to 9to5Mac, Apple is making a new tool for iOS that will use Siri, contacts, calendars, the Passbook app, and third-party apps to actively provide the user with timely information throughout the day, such as apps frequently used at a certain time of day and reminders for events.

The new tool will rival Google Now, which provides a similar service for Android phone users. It will likely be revealed as part of iOS 9 at Apple’s Worldwide Developers Conference in June.

The new tool, codenamed “Proactive,” will replace the current Spotlight search feature of iOS, and will be located to the left of the home screen, where Spotlight used to be. Spotlight lets users quickly search through their phone for apps, music tracks, and contacts. Proactive will serve up richer information, such as pulling up a flight boarding pass ahead of a scheduled flight or even nearby restaurants and ratings around meal times.

Proactive will also include a fun feature for a much unloved Apple app: maps. According to the report, users will be able to activate an augmented reality feature for the maps app by pointing the camera at a business or street. The feature will bring up menus or other information about a restaurant, or nearby establishments when pointed at a street block. It’s somewhat similar to the Monocle feature in Yelp’s smartphone apps, which brings up data about a restaurant when the user activates it while at that eatery. 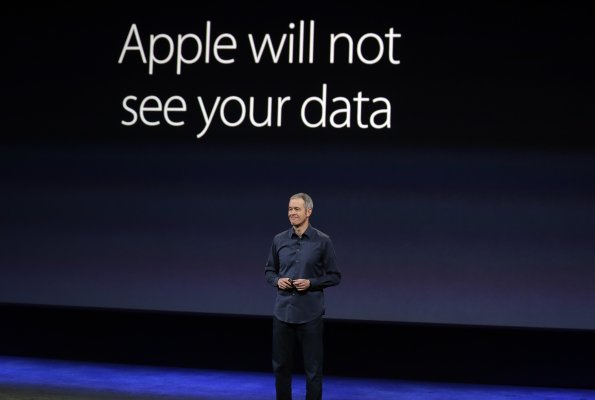 Apple Exec: The Car Is the 'Ultimate Mobile Device'
Next Up: Editor's Pick