Ideas
By Alex Honnold
Alex Honnold is a professional climber based out of California.

On May 16, Dean Potter and his partner and friend, Graham Hunt, were killed in a wingsuit BASE-jumping accident in Yosemite National Park. I heard the news almost immediately from a mutual friend in the park and spent the next day in shock and disbelief. Dean, who was 43, had been one of the most well-known and creative rock climbers in the U.S. for almost 20 years, and his death was widely covered by both mainstream and social media. Almost everyone in the climbing community posted some kind of tribute to Dean, since we had all been touched by him in some way. He was a hero of mine growing up, representing everything badass about the climbing world.

I first saw Dean in Masters of Stone V, an old-school climbing film that showed off his new style of speed-soloing big walls. Here was a wild-looking man charging up the biggest walls in Yosemite with only minimal gear. As a young gym climber, I thought what he was doing was impossible—and amazing. I came to know him over the years through climbing events, and though we rarely got to climb together, I would consistently see him around. The news of the accident came as a blow since I’d recently had dinner with him in Yosemite.

There have been wildly divided responses to his death, ranging from deep respect for a man who greatly influenced his sport to unchecked contempt for someone who threw his life away, squandering what’s most precious in search of the next cheap thrill. Many people questioned the value, or even sanity, in such risk-taking. They assumed that Dean must have been a selfish monster to hurt his family and friends in such a way. The most common kind of criticism was some version of “he owes it to others to stay alive.”

These types of comments really rankled me because they belittle how much thought and effort Dean invested in his arts. No one spends 20 years at the cutting edge of their sport by being an adrenaline junkie all the time. Most people had only seen his climbing and flying through short YouTube videos and never got a glimpse of the years of training behind them. Dean actually had a thoughtful and conservative approach, building up to things slowly over time as he became physically and psychologically prepared.

Some argued that it was immoral to risk his life, yet many Americans risk their health every day through largely avoidable diet and lifestyle choices. I was 19 when my father died from a heart attack. He was a 55-year-old college professor and had led what was by all appearances a risk-free life. But he was overweight, and heart disease runs in our family. No matter the risks we take, we always consider the end to be too soon, even though in life more than anything else quality should be more important than quantity.

Dean’s pursuits were quixotic. They were impractical and unrealistic, and yet he was romantically devoted to them. And that dedication is what allowed him to help shape his sports for almost 20 years. His death has reminded me to reflect carefully on my own decisions about risk. There’s a constant tension in climbing, and really all exploration, between pushing yourself into the unknown but trying not to push too far. The best any of us can do is to tread that line carefully. Dean was making his choices clear-eyed. He knew the risks in his life, and he was still willing to pursue his dreams. How many of the rest of us live with that kind of intention? 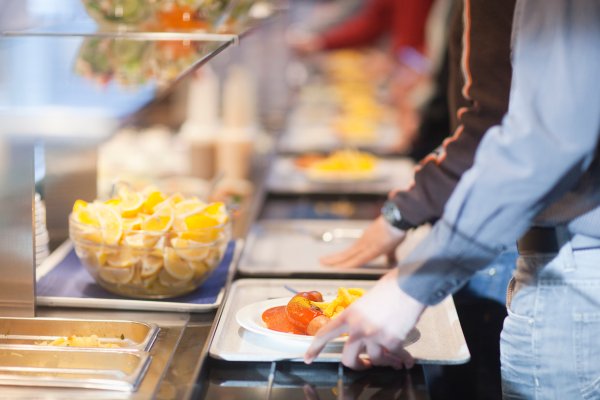 How My High School Lunch Lady Helped Me Get Into Princeton
Next Up: Editor's Pick