Russian officials were quick to claim Wednesday that a U.S. conspiracy is behind the corruption scandal that shook the world of international soccer. Early that morning, police in Switzerland complied with a U.S. request to arrest nine senior officials at FIFA, the sport’s governing body, as part of a far-reaching probe into decades of alleged bribe-taking and backroom deals.

But why, the Russians asked, would a nation as indifferent to soccer as the U.S. pursue a corruption probe at the heart of the game? Even more suspect to many in Moscow was the timing of the dragnet in Zurich: The next FIFA World Cup tournament is due to be held in Russia in 2018, and President Vladimir Putin has been overseeing the preparations personally.

“So there are clearly forces in America that are trying to turn anything positive that we have into a new channel of confrontation,” Kirill Kabanov, who monitors corruption in Russia as a member of the Kremlin’s council on civil society, told TIME on Wednesday. “And even if there was bribery going on [at FIFA], why would the Americans only bring it up now, just after FIFA refused the demands of [U.S.] Senators to revoke Russia’s right to host the champions?”

His question referred to an appeal that 13 U.S. Senators sent last month to the President of FIFA, Sepp Blatter, asking him to move the 2018 World Cup to another country. After Putin decided last spring to invade and annex Ukraine’s Crimea region, “allowing Russia to host the FIFA World Cup inappropriately bolsters the prestige of the Putin regime at a time when it should be condemned,” the Senators wrote in the letter, which was dated April 1.

Less than three weeks later, Blatter met with Putin in the Russian resort city of Sochi and issued an apparent rebuttal to the appeals from Capitol Hill. “If politicians are not too happy that we are taking the World Cup to Russia, I always say to them, ‘Well, you can stay home, and in Russia we will hold the biggest world cup ever,'” the FIFA chief told Putin on April 20, according to a transcript on the Kremlin website.

Putin responded with a promise that day: “We will at the very least achieve one objective and will organize this big event in Russia,” he said. But the President had no comment on the unfolding firestorm in Switzerland on Wednesday. “This is not our issue,” the Kremlin said through a spokesman. And indeed, no Russian citizens were among the 14 people indicted by the Eastern District of New York, including two FIFA vice-presidents.

The acting U.S. Attorney in the case, however, made clear that the probe was far from over: “This indictment is not the final chapter in our investigation,” Kelly Currie told reporters in New York.

Swiss authorities then gave another sign that Russia could yet become a target.

As part of a separate investigation, the Attorney General of Switzerland said investigators had also raided FIFA’s headquarters in Zurich on Wednesday, seizing a trove of documents related to FIFA’s decision in December 2010 to award Russia and Qatar the rights to host the next two World Cup tournaments. These files would be used as evidences in “criminal proceedings against persons unknown on suspicion of criminal mismanagement and of money laundering in connection with the allocation of the 2018 and 2022 Football World Cups,” the Swiss Attorney General said in a statement.

Asked at a crowded news conference on Wednesday whether these tournaments could be under threat, FIFA’s spokesman insisted that both would carry on as planned. “Russia and Qatar will be played,” said the spokesman, Walter de Gregorio. “This is what is fact today. I don’t go into speculation about what will happen tomorrow.”

In the coming days, the Russian official most likely to face scrutiny over this scandal would seem to be Vitaly Mutko, Putin’s Minister of Sport. In 2009, FIFA elected him to its main decision-making body, the Executive Committee, and the following year, Mutko became the driving force behind Russia’s bid to host the 2018 World Cup.

The legality of that bid’s success is now a key focus of the Swiss investigation. But as Mutko told reporters on Wednesday, “We have nothing to hide.” Despite media reports to the contrary, he said, Swiss investigators had not asked to question him in relation to their case: “This is not related to the [Russian] campaign to host the world championships.”

But some of Mutko’s peers in Moscow were not so ready to profess Russia’s innocence, at least not in any investigation where the U.S. plays a role. “The Americans can investigate whatever and however they want,” says Viacheslav Fetisov, the Russian hockey legend who served as Russia’s top sporting official under Putin from 2004 until 2008. “So we’ll just have to see what they come up with,” he tells TIME in a phone interview.

Even more measured was the response from Vasily Shestakov, who was Putin’s friend and sparring partner in the 1960s, when they were both teenagers studying judo at the same gym in Leningrad. Now a member of the Russian parliament’s committee on sport, Shestakov admits that in the world of international soccer, “There is very big money swirling around. Temptation is unavoidable.” And in the upper echelons of FIFA, “there may have been an element of corruption,” he told Russia’s state news agency on Wednesday.

What bothers him, though, is the fact that the U.S. is pursuing this case against corruption now, of all times, just as Russia prepares to host the premier tournament of global sports. What if the roles had been reversed, he wondered. What if the U.S. had been chosen to host one of the upcoming World Cup championships? To Shestakov the answer seemed clear: “There would never have been any of these arrests.” 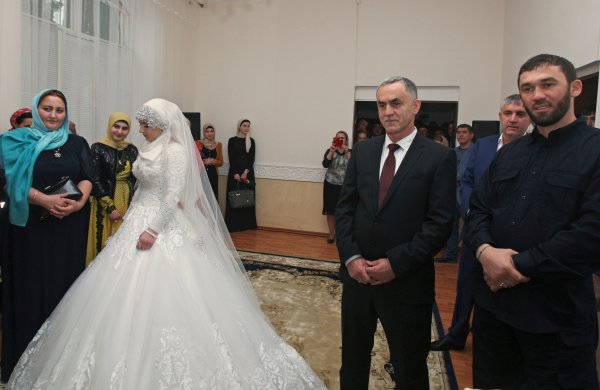 Hundreds of Russian Women Are Posting Selfies With Wrinkled Faces
Next Up: Editor's Pick