Ideas
By Ron Howard
Howard is an Academy Award-Winning director. His National Geographic documentary "Rebuilding Paradise" is currently available on premium video-on-demand platforms and premiered on the network November 8th.

From the moment I heard about John and Alicia Nash’s tragic accident on the New Jersey Turnpike, I immediately flashed to that first remarkable day I met them. I had committed to directing A Beautiful Mind, which was based on Sylvia Nasar’s biography. My longtime partner at Imagine Entertainment, producer Brian Grazer, was already passionate about the project and screenwriter Akiva Goldsman had written a remarkable adaptation of Nasar’s book. Now it was time for me to begin my own research, with a morning meeting at Professor Nash’s office on the Princeton campus and then a lunch with him and his wife nearby.

My purpose that day was to learn—and learn I did. In fact, my entire approach to the project shifted radically in those few hours, all based on first impressions that proved accurate and will echo with me forever.

First, I was surprised and fascinated by John Forbes Nash and his enduring passion for his subject, theoretical math. I’d been told that math geniuses were assumed to be beyond their prime in their late twenties, but the 70-something year-old I was encountering, while willing to patiently explain the concepts behind his Nobel Prize-winning work to this math simpleton, was thrilled when he saw I was also willing to hear about the new challenge he was currently tackling.

A couple of weeks later, mathematician Sylvain Cappell of New York University explained John to me in a way I’d like to share. He posited that each generation offers a small group of true geniuses who commit their lives to pushing the boundaries of what is illuminated by knowledge into the darkness of what is yet-be-known—and there are three types of people doing the toiling on that boundary.

One is the scientist who mines the edges, finding nuggets, polishing them into proofs with little care as to their application. They toss them over their shoulders to the next group of innovators who immediately take the breakthroughs and find ingenious ways to use them.

“Think of them as paratroopers,” he said, “dropped behind the lines, into the darkness with orders to fight their way back into the light and share what they had learned. Not all of them could survive intact. Nash was one of these courageous geniuses. Fearless and willing to risk everything to hurl himself into the unknown in search of elegant new discoveries.”

At my lunch with John and Alicia, I came to understand another very important component of our screenplay of this story: their story. It was a love story about two extraordinary individuals. It was unique, with a history both idealistically romantic and painfully harsh—a love tested and forged by the hellish adversity that is acute mental illness, and a love story to be therefore respected.

Our movie, of course, could convey but a fraction of the events of their entire lives as individuals and as a couple, but it was that truly remarkable relationship that I will always remember them by above all. 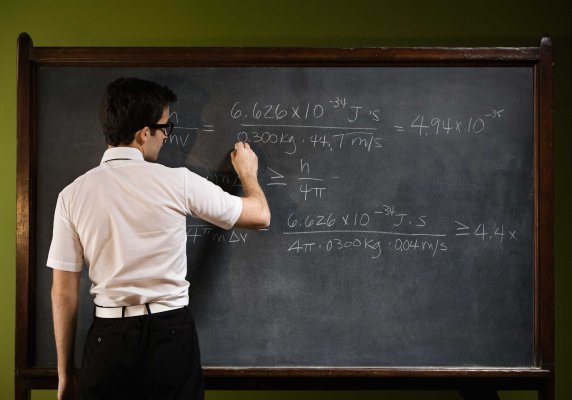 What to Know About Geek Pride Day
Next Up: Editor's Pick