This Bizarre New Bug Is Causing iPhones to Melt Down

A single line of text can reportedly freeze and shut down iPhones.

Technology blogs are reporting that a specific text message, when sent to an iPhone from any device, causes the phone to crash, shut down, and turn back on—and in some cases, some users are still unable to access messages again until the offending sender sends another text message. (The recipient can also return the phone to normal by responding to the sender from a different device, like an iMessage-enabled Mac or iPad, some sites report.) Users on Reddit have been discussing the problem and how to fix it.

The text message itself is not exactly something people would happen to be writing in the course of a normal day. If someone texts this to you, they are likely doing it with malicious intentions. We won’t replicate the specific message here, but it includes the words “effective,” “power,” and then a string of characters, including Arabic and Chinese letters.

A post on Reddit’s Apple subreddit, however, does share the message. And it is quickly resulting in people using the text to play jokes on their friends:

It’s unclear whether this is an accidental bug, or a sort of failsafe that Apple intended by design. We’ve reached out to Apple for comment on the issue and will update this story. Some news sites have suggested the cause of the bug is a problem with how the iPhone displays Arabic text. Regardless of the cause, the issue appears to be already becoming a popular and dangerous tool for aggravating pranks.

Update, 11:21 EST: Apple sent Fortune the following comment regarding the bug: “We are aware of an iMessage issue caused by a specific series of unicode characters and we will make a fix available in a software update. 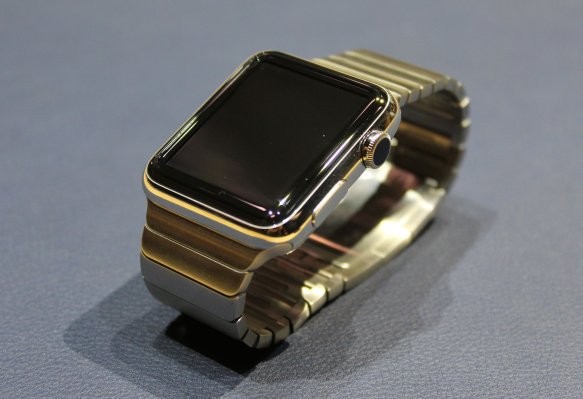 A Chinese Scion Outfits his Dog in Apple Watch Bling
Next Up: Editor's Pick