Why AOL's CEO Is Getting a $59 Million Bonus

We already knew that AOL chief executive Tim Armstrong stood to make a bundle from his company’s $4.4 billion sale to Verizon Communications. Thanks to new documents filed Tuesday, we also know that Armstrong’s payout includes a “Founders’ Incentive Award” worth about $59 million.

The bonus stems from Armstrong’s deal with Verizon (VZ) — a long-term contract that will keep him employed with the telecom giant — which stipulates the AOL CEO will get stock equal to 1.5% of AOL’s (AOL) market value once and if the sale is finalized. AOL’s market value was around $3.9 billion when the deal was announced, which means Armstrong would get about $59 million in stock options. Half of them would vest three years after the deal closes, while the remaining half vest after four years.

Armstrong, who collected about $6.9 million in compensation from AOL last year, has a 6.7% ownership stake in that company, which would be worth about $84 million based on current market value.

Tuesday’s filing also confirmed previous reports that Verizon had considered pursuing a joint venture that would have given Verizon access to AOL’s advertising technology business, which is seen as a key component to the deal. 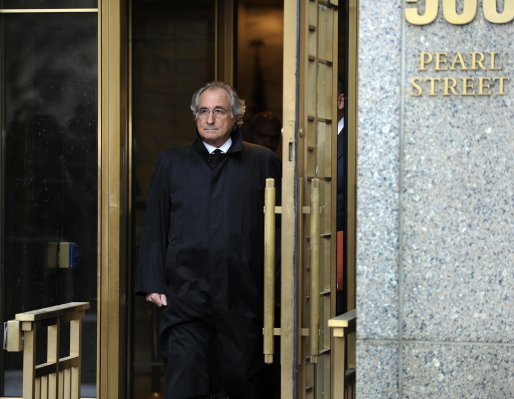 Goldman Sachs Just Hired the Guy Who Locked Up Bernie Madoff
Next Up: Editor's Pick