Thank you, President Powers, for your generous words, for so warmly welcoming me back to the 40 acres, and—much more importantly—for your almost 40 years of service to the University of Texas.

Through decades of progress, and a few moments of adversity, your unwavering courage has set a powerful example for generations—and your boundless love for this institution has remained a stalwart inspiration to me, and to alumni around the world.

Bill: You are the embodiment of Texas Fight.

To you, President Powers; to our distinguished regents; to President-Elect Fenves; esteemed deans; members of the faculty and staff; honored guests; family and friends of the graduates; and, most importantly to the class of 2015: Congratulations!

This is a momentous evening—a monumental rite of passage—one of those special, fleeting moments that will radiate in your memories for the rest of your lives.

Take it from me. I can vividly recall almost everything about my commencement day. The pride. The joy. The uncertainty. The relief.

I also remember when I first set foot on this campus in 1978, I was a clueless, naïve, skinny version of myself. There I was, walking past new kinds of people (I had never seen hippies before); walking on the drag and into this weird, funky, hole-in-the-wall grocery store (a place called “Whole Foods”).

I always knew I wanted to be a part of the UT community—and, though I’ve traveled far and wide, I’ve never been apart from it.

My first semester here, I believe I responded to every sign-up sheet I saw on the West Mall. During my time on this magical campus, I drank UT life from a firehose. Every drop. In many ways, it was only when I arrived here that my life finally started.

I was born to a single mother in a charity hospital, and we lived in a small, segregated Louisiana town. But my mother realized that this community was not a place of opportunity for my sister and me, and so we moved to Texas, where we had family—specifically to a town called Ames, population 1,400, in Liberty County.

My mom studied to become a nurse’s assistant, a job she worked—with pride and dignity—for decades. I attended public schools.

We didn’t have a lot. But we had enough. And these were my beginnings.

Class of 2015: I tell you all this for two reasons. First, your name is on the degree, but it doesn’t belong only to you. The second reason I tell you this story is because my story is your story.

The story of a boy, who started life in a little shotgun house in Ames, Texas; the story of a young man who made his way up the ladder in a new city, who has the great privilege of leading an institution committed to ending poverty and injustice in the world—this is a Texas story. This is an American story.

You see, my mother crossed a bridge to take my sister and me into Texas. I’ll never forget crossing the Colorado River Bridge on my first visit to Austin. I crossed a bridge into New York, when I took my University of Texas education out into the world.

In fact, every major turning point in my life—every figurative bridge—has been accompanied by a literal one.

Yet, the most important crossings in our lives are not always made of cables, and concrete, and steel. The bridges in our lives take many forms.

On my journey, there was my mother—a bridge from poverty into possibility. But there also were public policies that reflected the generosity of America, the country we love—the only country in the world where my story could even be possible.

A program called Head Start was my bridge between being unready for life and prepared for school.

Private scholarships from Texas philanthropists and Pell grants were my bridge between lower expectations and higher education.

And during my formative years, I always knew—with every fiber of my being—that Texas had my back; that Texas was cheering me on.

In Austin, I had mentors like my English Professor, John Trimble, who told me that, “you don’t come to college to get a job. You come to college to get an education.” I had champions—women and men who, through their kindness, offered me a bridge to a world I could not have imagined on my own. Without them, I wouldn’t be here. Period.

Graduates: Just like me, you’re the product of a community that has prepared you to prosper and to thrive.

In New York, I inhabit a world of prep school grads and Ivy League alums. The tiny island of Manhattan is densely packed with some of the most talented, ambitious people on the planet. But my UT education—my public school education—prepared me to compete, to succeed, and, ultimately, to lead. And it has prepared you, too.

This is the privilege of Texas bigheartedness—the promise of Texas bridges.

My bridges were black, white, gay, straight, rich, poor, and everything in between. And like all bridges, they don’t discriminate. They join people and places of all creeds and colors, of all communities and categories. They take us on a journey, together—hopefully, somewhere better. And this is something of which I was reminded only a few months ago, on a very special bridge in Selma, Alabama.

As many of you know, this year marks the 50th anniversary of the Civil Rights Movement’s Bloody Sunday, a defining moment in American history. I was honored to attend the celebration back in March. It was incredibly, profoundly moving.

I traveled to Selma with one of my personal heroes, Congressman John Lewis, who marched on the Edmund Pettis Bridge, a half century ago. When John boldly led the group of marchers forward in 1965, he was a twenty-five year old kid, more or less, your age. He not only yearned for a better world; he was willing to give everything for it.

Meanwhile, a few hundred miles away, I was just five years old, and I had no idea what John Lewis was doing for me. He and the others on the bridge marched into men on horses with clubs—straight into a swift and certain beating—so that I wouldn’t have to. Indeed, I am here today because John Lewis, and countless others, put their lives on the line, and made sacrifices for what they believed in.

And yet, there is more that we must do together.

We must continue to bridge gaps of inequality—in our culture, in our economy, in our discourse, and in our politics. Because the truth is, we see inequality virtually everywhere—in studies and statistics; in schoolhouses, and courthouses, and jailhouses; and, yes, on the streets of Baltimore and Ferguson and elsewhere.

To me, the challenges of our system are intensely personal. My childhood friends were cousins—boys with talents, and passions, and potential no different from my own.

As I mentioned, my mother moved my sister and me from Louisiana to Texas. But what happened to my cousins who stayed behind? They found themselves in the same cycle of despair that has caught too many young black men. By my count, five of them have spent significant time in prison.

It’s hard to know why, for some of us, life unfolds in one way—and, for others, completely differently. But, in my case, I think bridges made the difference. People had my back, and institutions kept me moving forward. I had bridges built in Texas, and beyond. I had bridges to hope.

And so, I choose to be hopeful—radically hopeful—because there is hope in the progress we have seen, which affirms that more progress is possible. My story is all the evidence you need: A black kid from a working-class, rural Texas town, now president of one of our nation’s flagship institutions.

This is not a new aspiration. These are not new ideas.

America always has been about people choosing to bind themselves together. Actively choosing.

We are “We, the people.” We are e pluribus unum—out of many, one. We are the hope of mothers and fathers of every origin crossing an ocean—or a river. We are the transcontinental railroad, and transatlantic flights, and the interstate highway system, and the Internet. We are Ellis Island, and the Edmund Pettis Bridge.

And so, tonight, as you cross the figurative bridge that is your commencement day—as you cross that bridge over the Colorado River and leave the 40 Acres behind; as your journey unfolds before your very eyes—think about how you can build a bridge to a better world.

You know, my office at the Ford Foundation is overflowing with mementos and memories from my unlikely journey—artifacts from global megacities and rural villages alike.

I traveled more than 100,000 miles last year—from boardrooms to battered slums; from Detroit to Delhi; from the United Nations to the most impoverished of countries. Everywhere I visit, I try to bring something back, even if it’s just an idea.

Among the many important things I keep are two sticky notes, affixed to my computer monitor. On them are written a pair of personal mottos. One says “pressure is a privilege.” The other, “you rest, you rust.”

No doubt, bridges endure a lot of pressure. Bridges corrode, and crumble. They rust. Being a bridge is the work of a lifetime.

But you’re prepared. Privileged, but poised to change the world.

As I’ve travelled the globe, I’ve seen how Texas has prepared me for every challenge, to cross every bridge, to build bridges where they didn’t yet exist. And everywhere I go, I know that the world needs a little more of that Texas spirit. 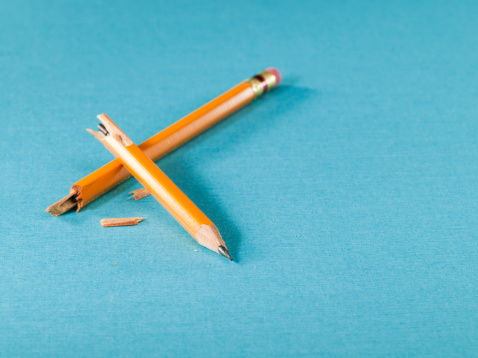 To the Freshman Class of 2015: It's OK If 'Everything's Great' Is a Lie
Next Up: Editor's Pick