I don’t know about you, but I’m sick of hearing about how much being a Millennial sucks. Yes, we graduated during the worst economy since the Great Depression, and yes, everyone seems to think we’re lazy, entitled narcissists. But friends, we are powerful. Graduates right now have the opportunity to shape the new workplace, innovate in every industry, and connect with highly successful professionals with an ease that has never before been possible.

Unfortunately, the media loves making unfair generalizations about Millennials so much that we’ve actually started to believe some of them ourselves. To all you college seniors who are currently being bombarded with disheartening half-truths about yourself, your classmates, your job prospects, your social life, and your financial stability, allow me to bust up some of those myths for you.

1. “Millennials are unprepared for the work environment.”

Wrong. Lazy, entitled narcissists are unprepared for the work environment, so don’t be one. Work harder than everyone, be respectful and accommodating, learn eagerly, and you’ll be just fine. Yes, adjusting to your first full-time job is difficult, and there may be times when you do feel unprepared or incapable. But there hasn’t been some magical downward shift in the education of our generation that makes us less qualified than our predecessors. If you’ve worked hard in college, you will graduate with a knowledge base in your field and communication skills, and with those you’ll learn the specifics of your job when you get there.

Almost 70 percent of Millennials believe this one, so let’s get really real right now. Things that are almost impossible: becoming the President of the United States, winning three Lead Actress Emmys in a row (all hail Julia Louis-Dreyfus), figuring out whether the shift key is pressed or not on an iPhone keyboard. Finding a job? Not “almost impossible,” in fact it’s nowhere near the realm of impossible. Class of 2015, employers are planning to hire 9.6 percent more college graduates this year than last.Overall, the unemployment rate for college graduates ages 21-24 is 8.5 percent. Yes, that’s too high. Yes, it’s tough. But don’t psych yourself out by thinking it’s “almost impossible.”

Oh hey, ever heard of a self-fulfilling prophecy? Life after college is as good as you decide it will be, so why go around predicting misery for yourself? Sure, there are some people who say that college was the best four years of their lives, but do your best not to become one of those people. There are so many terrifying, exciting, challenging, rewarding things to look forward to in life—focus on those.

A few of my fellow recent graduates—particularly in media, I will admit—have told me that this myth was personally handed down to them upon graduation. People told them that in order to meet the right people and network effectively, you have to pay to attend fancy networking events or join pricey industry groups. If you can afford to spend some money on networking every once in awhile that’s great, but it’s certainly not necessary to get ahead. Oftentimes the most fruitful networking happens among peers, colleagues, at a random graduation party, or hell, even on public transportation.

I’ve been out of school for 11 months now and am lucky enough to be able to live at home. It’s far from awful. Yes, there are some struggles—which I wrote about here—but being able to save money at this point in my life is beyond worth it. Boo hoo, you can’t get hammered and stumble home at 4 a.m. You don’t have to pay rent. Get over it. 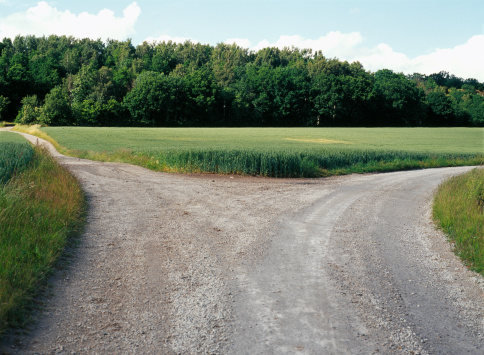 5 Questions to Ask Yourself When Deciding Between Two Jobs
Next Up: Editor's Pick