500 Channels and Everything's On: The Too-Much-TV Problem

There is more TV than there is life.

This has been true since television sets wore rabbit ears, of course, but once, at least, you knew that the bulk of that was filler: reruns, court shows, home shopping, &c. It was reasonably easy to edit that down to a subset of “your shows” and even wish there were more choices out there.

Recently, though, I saw a statistic that struck a chill into my professional-TV-watching heart. Last year, there were 352 original scripted shows on broadcast, cable and streaming TV. Let’s estimate 10 hours a year, sans ads, per series (long for a comedy, short for a drama). That’s 3,520 hours, or just shy of 150 days–assuming you clip your eyelids open Clockwork Orange-style and you exclude news, reality shows, movies, sports, game shows, talk shows, viral videos, documentaries, music, House Hunters, commercials, food, work, exercise, sleep, bathroom breaks, the laughter of children and the touch of a devoted lover. (Well, unless you multitask.)

For a TV critic, it means that the job more than ever is about figuring out what not to watch–doing the triage and selective sampling to keep up on many things when you know you can’t nearly see everything. But at least I can do it on company time. For those of you with real jobs–say, if you’re the Pope–the cutting must be even more severe. (This is why I always laugh when people say TV critics are harsher on shows than regular folks: there is no speedier, more pitiless judge the person with an hour or two of tube time before bed and no professional obligation to watch more than two minutes.)

Which is why it’s a cruel blessing that–as we hear every year lately–”Summer rerun season is over.” Indeed, there’s an avalanche of new TV this summer: several Netflix series, an AMC drama about robots, a new Walking Dead sequel, another True Detective and David Duchovny chasing Charlie Manson, just for starters.

Yet when I talk to my non-professional TV-watching friends, I get the sense that what they could use is not so much a summer-rerun season as a summer-TV sabbatical: two or three months where no one programs anything, and you finally get a chance to catch up. There are those second-tier Sunday-night shows you piled up on your DVR because you had to watch Game of Thrones or Mad Men live. You never got around to watching The Americans but kept hearing you needed to. (Bad news: you do. It’s on Amazon.) You want to rewatch The X-Files and Twin Peaks before they come back on Fox and Showtime, but the time to watch them exists only in an alternative universe.

Obviously this is a high-class problem for all of us, not least anyone professionally invested in TV. It’s thrilling to write about TV now when, whatever issues the business has, it’s more central to the culture than ever. Writers and producers have more places to pitch off-the-wall projects–Epix is making shows now, Epix!–and what ends up on the air is, if not always better, at least more ambitious and varied in subject matter. And it’s a business opportunity for upstart cable channels and streaming services, all of which have incentive to throw money at creative folks to dream up programming that will make their services seem essential.

But I have to wonder if we’re reaching the point of where there’s so much essential TV that much of it, even the really good stuff, seems less essential. Much of this programming explosion, on cable and broadcast, is driven by people’s fickle viewing habits and anxiety over what happens if too many people cut the cord and the old cable-bundle model collapses.

From what I hear anecdotally, at least, the surplus of shows may actually encourage people to cord-cut and look for alternatives to traditional cable. Today, you have more TV to watch, and more ways to watch it if you miss it live. Once you start to assume you’re going to watch a lot of things late anyway, why not just give in, get streaming and iTunes, and watch everything a day, a month, a year later? (Most of us have already gotten used to watching movies that way, after all.)

Such is the summer of our excess content. We’re lucky to live in an era of so much must-see TV. But that means that most of it becomes must-see… eventually.

Correction: The original version of this story misstated the network rebooting Twin Peaks. It is Showtime. 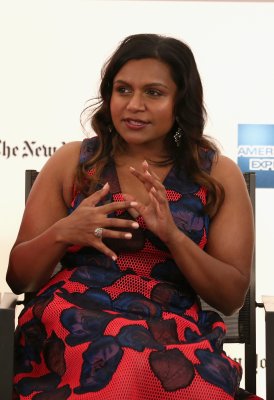