Here's How Bad the Memorial Day Box Office Was

Hollywood had a holiday weekend to forget this Memorial Day, thanks to a disappointing performance by Disney’s latest big release.

The Walt Disney Company’s Tomorrowland topped the weekend box-office in the U.S., but the movie fell short of expectations in what was the film industry’s lowest-grossing Memorial Day weekend since 2001. Hollywood pulled in roughly $190 million in domestic ticket sales over the weekend, according to Rentrak. That figure represents a 17% decline year-over-year, and it’s also down 39% from the weekend’s record, set two years ago.

Disney’s Tomorrowland set the tone for the disappointing weekend by topping the box-office with just $41.7 million in estimated box-office gross. Disney spent about $180 million to make Tomorrowland and the film was expected to make at least $50 million in its opening weekend. Mixed reviews and confusion over the premise of the film—the movie is based loosely on an area within Disneyland and the company’s marketing campaign was shrouded in mystery—likely contributed to the film’s lackluster ticket sales.

As The Wall Street Journal noted:

“When audiences are spending their hard earned cash on a blockbuster or tent-pole movie, they kind of want to know what they’re getting going in, for better or worse,” Rentrak’s senior media analyst Paul Dergarabedian told U.S. News & World Report.

Despite the poor initial performance of Tomorrowland, though, Disney still leads all major studios when it comes to total domestic box-office gross in 2015, according to Box Office Mojo. Disney’s 2015 haul includes the year’s top-grossing film so far, Avengers: Age of Ultron, and the company is still banking on a few more big releases this summer, including the new animated Pixar film, Inside Out, which hits theaters next month.

Still, a poor showing over Memorial Day weekend likely has Hollywood studios hoping that 2015 won’t be a repeat of last year, when the typically high-grossing summer season disappointed with a 16% decline in seasonal ticket sales. 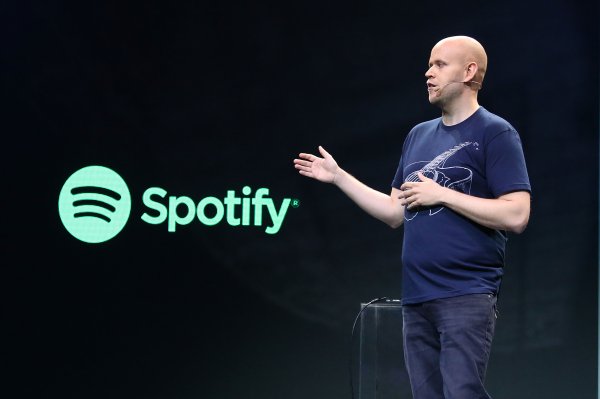 Here’s How Spotify Plans to Make Video Work
Next Up: Editor's Pick