How Much Alcohol Is Too Much? A New Study Has Answers

For decades, there’s been a steady line of literature welcomed by anyone who enjoys a regular drink or two: that moderate drinking can actually protect you from having a heart attack by keeping your vessels clear and relatively plaque-free. But there’s another set of data that shows too much alcohol can start to poison the heart. So where does the line between good-for-you and bad-for-you lie?

Researchers led by Dr. Scott Solomon, professor of medicine at Harvard Medical School and director of non-invasive cardiology at Brigham and Women’s Hospital, and his colleagues provide some clues Tuesday in their latest report in the journal Circulation: Cardiovascular Imaging. The scientists combed through data collected from 4,466 elderly people about their alcohol consumption. They also agreed to echocardiograms of their hearts. Solomon wanted to see if there were any changes in the structure of the heart that had anything to do with how much the volunteers reported they drank each week.

The not-so-good news: The more the participants drank, the more likely they showed abnormal changes in their heart structure and function. In men, the changes started accumulating after more than two drinks per day, or 14 or more drinks a week. In these men, the pumping chambers of their hearts increased slightly compared to those in non drinkers, a sign that the heart had to work harder to pump the same amount of blood, which can cause it enlarge and weaken. In women, these changes appeared when women drank much less, just above the one drink a day. In addition, among the women who imbibed more than a drink a day, the scientists found slight drops in heart function compared to women who drank less.

“A little bit of alcohol may be beneficial, but too much is clearly going to be toxic,” says Solomon. “Once you get beyond two drinks a day in men, you get into the realm where you start to see subtle evidence of cardiotoxic effects on the heart that might over the long term lead to problems. And that threshold might be lower in women.”

The study provides valuable information about how alcohol affects the heart, and how much alcohol exposure can trigger changes to the heart’s structure and more importantly, how it functions. But where the tipping point lies with each individual between the benefits and harms of a having a few drinks isn’t clear yet. More studies investigating which genetic factors may predispose people, and in particular women, to the toxic effects of alcohol will need to done before more refined advice about how much is too much can be discussed.

Those investigations might start with potential differences in the way men and women process alcohol. The effects Solomon and his team saw remained strong even after they adjusted for body mass index, and other studies have hinted, for example, that the different hormone environments in men and women might be responsible for the increased vulnerability of women’s heart tissues to the toxic effects of alcohol.

Future work may also delve deeper into the question of how long people drink; like any exposure, the effects of alcohol may also be cumulative. Because the participants in the study were relatively elderly, with an average age of 76, their heart changes reflected decades of exposure to alcohol but it’s not clear whether there is a threshold for when the harmful effects dominate over the potentially beneficial ones.

“What is clear is that at more than two drinks a day is the point at which we start to think we are beyond the safe level for men, and with women, it’s likely to be even lower than that,” says Solomon. 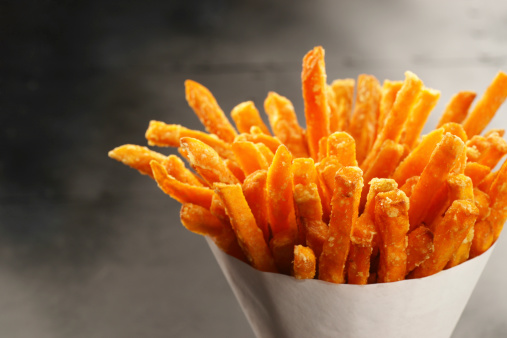 3 Delicious Ways to Get Creative With Your Veggies
Next Up: Editor's Pick