The crisis Icona Pop sings about in the duo’s new single is an emergency of the dance-related variety. When an ambulance is summoned, it seems to be for the express purpose of saving a victim who is lost in the music, perhaps too far gone for rescue.

The song moves with a sense of urgency, its cadence reminiscent of Pharrell’s “Come Get It Bae.” But it swaps out that track’s funky beat for a backbone of marching piano and trumpet solos worthy of the Gatsby era. Had it been released a couple of years earlier, it would have been a shoo-in for the soundtrack to Baz Luhrmann’s Great Gatsby adaptation.

Icona Pop’s “I Love It,” a collaboration with Charli XCX released in 2012, was a top-ten song of that summer. While “Emergency” doesn’t have quite the same undeniable song-of-summer quality as their breakout stateside hit, it may well be a close second. 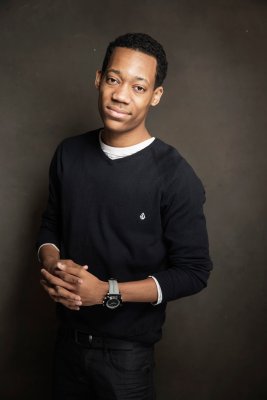 Tyler James Williams 'Would Absolutely Love to' Be the Next Spider-Man
Next Up: Editor's Pick