An Indian student looks from behind a poster with pictures of recently killed Bangladeshi bloggers during a protest meeting organized to pay homage in Kolkata on May 16, 2015.
DIBYANGSHU SARKAR—AFP/Getty Images
By Rohit Inani

Authorities in Bangladesh have banned a radical Islamist organization suspected of involvement in the murder of three secular bloggers who were hacked to death in the majority-Muslim South Asian nation earlier this year.

The attacks on Avijit Roy and Washiqur Rahman, who were murdered in the country’s capital city, Dhaka, in February and March, respectively, and Ananta Bijoy Das, who was killed earlier in May in northeastern Bangladesh, sparked domestic and international concern about the rise of fundamentalist violence in the country.

U.S. State Department spokeswoman Jen Psaki called the murder of Roy, a Bangladesh-born U.S. citizen who was hacked to death by masked men carrying machetes while he was returning with his wife from a book fair, a “shocking act of violence” that was “horrific in its brutality and cowardice.”

Rahman and Das were killed in similar attacks by machete-wielding men.

On Monday, Bangladesh’s Home Ministry responded by banning Ansarullah Bangla Team, a radical group that is suspected by the Bangladeshi police of being involved in the three killings. Members of the group had previously been charged with the murder of the blogger Ahmed Rajib Haider in 2013, AFP reports.

The move comes days after the writers’ organization PEN International released a letter signed by 150 prominent writers from around the world — including Margaret Atwood, Amitav Ghosh, Karl Ove Knausgaard and Salman Rushdie — condemning the murder of the bloggers and calling on Bangladesh’s Prime Minister Sheikh Hasina Wajed to ensure that the attacks are not repeated. 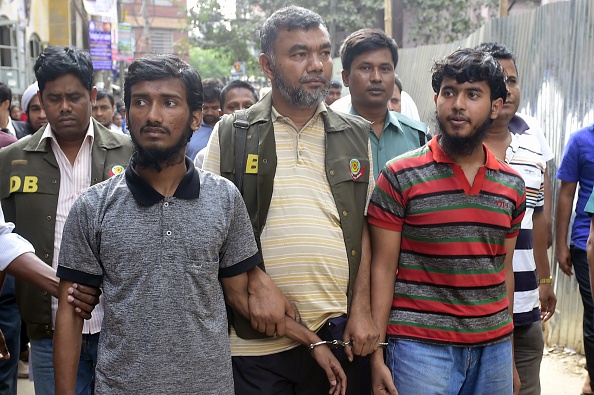 Third Bangladeshi Blogger Murdered in as Many Months
Next Up: Editor's Pick