Jonathan Ive is taking on an even more important role at Apple. The design mastermind behind the look of the iPhone and the iPad will be promoted from senior vice president of design to the newly created position of chief design officer, CEO Tim Cook said in a memo to staff.

“Jony is one of the most talented and accomplished designers of his generation, with an astonishing 5000 design and utility patents to his name,” Cook said in the memo, obtained by 9to5Mac. “His new role is a reflection of the scope of work he has been doing at Apple for some time.”

Ive is already responsible for overseeing the physical look of Apple products as well as the design of the company’s software. In his expanded role, he’ll have more time to focus his design expertise on other parts of Apple’s empire, such as its Apple Stores, the physical packaging of its products and even the design of its massive new spaceship-shaped headquarters, which is set to open by 2017.

In an interview in the Telegraph, which first reported the promotion, Ive revealed that one of the touches he’s added to the new campus is custom-designed desks that can be raised or lowered with the press of a button.

Freeing up Ive to do more big-picture thinking will be two men taking on some his previous day-to-day managerial duties. Richard Howarth is being promoted to vice president of industrial design and Alan Dye will become the vice president of user interface design. The changes take place on July 1. 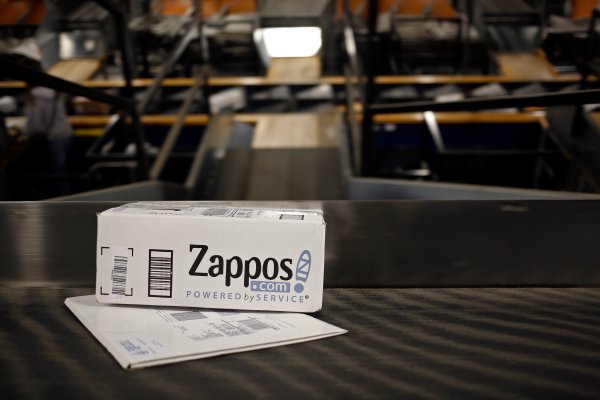 Even More Zappos Employees Are Being Offered Money To Leave
Next Up: Editor's Pick