Three children were injured Monday in Florida when the bounce house they were in was lifted into the air by a waterspout and carried several feet.

The bounce house, which had been secured to a basketball court, flew above a tree line and across four lanes of traffic, according to police in Fort Lauderdale. The children were dumped out of the bounce house onto the sand shortly after it was airborne. Police later confirmed that two of the children had been released from the hospital with minor fractures while the third was being held overnight for observation. The bounce house had been provided for public use as part of a city Memorial Day event and was properly secured, police said.

Bounce-house injuries among children have grown increasingly frequent in recent decades, as it’s become easier for anyone to buy and set up the inflatable structures. In 2010, about 31 kids per day were sent to the emergency room in the U.S. for inflatable-bouncer-related injuries in the U.S. 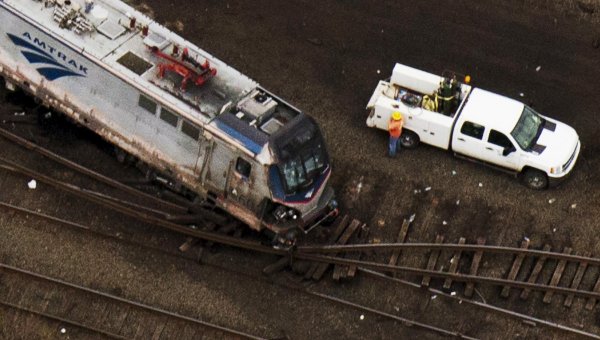 Amtrak Engineer Didn't Say Train Had Been Struck
Next Up: Editor's Pick