President Obama laid a wreath at the Tomb of the Unknown Soldier at Arlington Cemetery on Memorial Day to honor the men and women who have died serving in the U.S. military. Their sacrifice, he said, is “a debt we will never repay.”

Speaking in front of more than 5,000 attendees, Obama marked the first Memorial Day in 14 years that the U.S. hasn’t been involved in a major ground war, though a smaller American military presence remains in both Iraq and Afghanistan.

He specifically mentioned Spec. Wyatt Martin and Sgt. 1st Class Ramon Morris, who were the last two U.S. soldiers to die during combat missions in Afghanistan.

“These two men, these two heroes, if you passed them on the street you wouldn’t know that they were brothers,” Obama said. “They were bonded together to secure our liberty and keep us safe.”

More than 6,500 Americans have died in Iraq and Afghanistan in military operations that began after the terrorist attacks of Sept. 11, 2001. 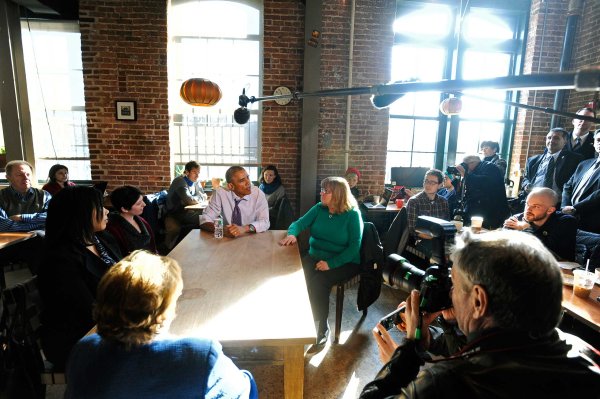 Obama Steps Down From the Bully Pulpit
Next Up: Editor's Pick