How The Witcher 3 Just Got Significantly Better

The Witcher 3: Wild Hunt launched last week to a fanfare of critical acclaim. CD Projekt Red’s massive, open-world role-playing game is being heralded as a “shot across the bow of the open world genre” (Polygon) and “one of the biggest games of the year” (PC Gamer). TIME’s games reviewer, Matt Peckham, has neither been seen or heard from since he loaded a promotional code for the game into his Playstation 4 more than a week ago.

But there has been some controversy over the game’s graphics. Some players have complained that the final version’s graphics aren’t quite what developer’s implicitly promised in early demonstrations and promotional videos. And most reviewers have dinged the game for occasionally stuttering frame-rates on the Playstation 4 and Xbox One versions. Extensive benchmarking of The Witcher 3 for PC seems to show that some of the title’s built-in graphics technology can significantly affect frame rates.

A new patch for the PC version of the game, released by CD Projekt Red on May 25, aims to begin addressing some of the issues. It also adds some player-requested features such as extensive key-binding options. From the 1.04 patch notes: 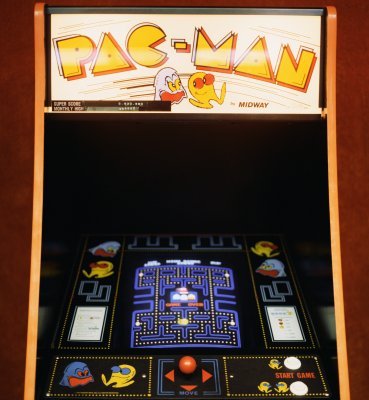 How to Play Pac-Man for Free on Its 35th Anniversary
Next Up: Editor's Pick