The Fat-Shamed 'Dancing Man' Who Became an Internet Sensation Attends a Party in His Honor in L.A.

A man who was body-shamed online after an image of him dancing went viral attended a huge dance party in his honor in Los Angeles on Saturday.

Sean O’ Brien from Liverpool traveled to Hollywood for the event, which was organized by two women who had launched an online campaign to find him, reports News.com.au.

More than 1,000 people also attended the party including DJ Moby on the decks and Monica Lewinsky, who has spoken out about her experiences of cyberbullying.

The 46-year-old financier became an Internet sensation after a photo of him dancing was posted online under the caption, “Spotted this specimen trying to dance the other week. He stopped when he saw us laughing.”

The post garnered thousands of responses from people condemning the Internet trolls who had fat-shamed him. The furor inspired writer Cassandra Fairbanks to launch a Twitter campaign under the hashtag #FindDancingMan to locate O’Brien.

According to KCAL 9, the party raised $70,000 for antibullying charities and positive-body-image programs in the U.S. and U.K.

O’ Brien even appeared on The Today show in New City York and threw the first pitch at an L.A. Dodgers game the following day. 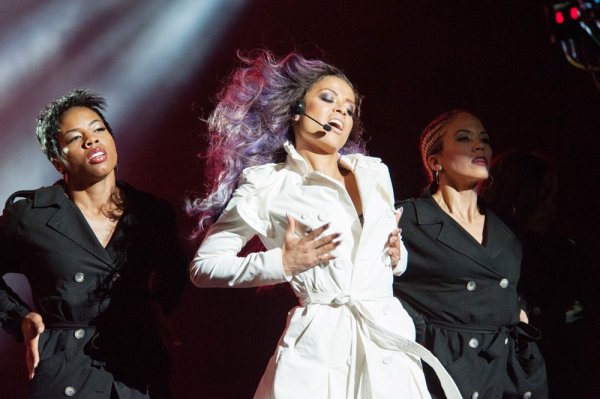 These TV Shows and Movies Are Coming to Netflix in June
Next Up: Editor's Pick