Is there anything The Rock can’t do?

While at the London premiere of San Andreas, Dwayne Johnson attempted to set the Guinness World Record for taking the most selfies in under three minutes. And, as is the case with everything The Rock sets out to do, he crushed it.

Johnson took a total of 105 selfies with fans on the red carpet, the Guinness World Records site reports.

For those of thinking to break this new record, it’s harder than you might imagine: Guinness World Records adjudicator Mark McKinley was on hand to make sure official selfie rules were followed – including that the full face and neck of the participants are visible and that the images are focused.

Johnson celebrated in true Rock fashion, by posting a video of the victory on Instagram.

“We just set a NEW GUINNESS WORLD RECORD for most self-portraits (selfies) taken in record time (yup, a selfie world record exists and your arm gets a helluva workout),” he wrote.

It was only the latest in The Rock’s awesome stunts. He recently surprised a longtime fan by officiating his wedding. 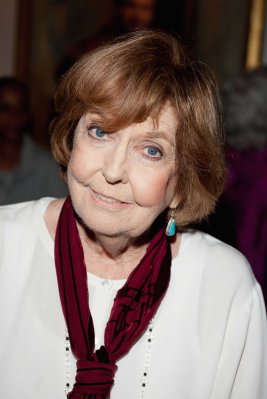 Actress and Comedian Anne Meara Dies at 85
Next Up: Editor's Pick