What John Nash Taught Us

John Forbes Nash Jr., the subject of the 2001 Oscar-winning film A Beautiful Mind, and his wife were killed Saturday in a taxi crash on the New Jersey Turnpike, police said. Nash, a longtime resident of Princeton Junction, N.J., won the 1994 Nobel Prize in Economics for his work on game theory

Many people know John Nash because of his life story and because his work impacted economics in such a profound way. But first and foremost, he was a mathematician. I hope one thing will become clear when we look back on Dr. John Nash’s life: there are many brilliant minds, but he was a very special kind.

I remember well the period in the late 1980s and early 1990s, when he was still, in some sense, in his own world. At that time, Nash’s schizophrenia was diminishing, allowing him to return to academic work at Princeton University. You would meet him in the “Dinky” train you’d take to go into town. He was a very frequent visitor, sitting there, listening to people. In the early 1990s, he emerged out of that period, and it was such a surprise to everyone. He suddenly came back alive again.

One of the great things I’ve observed through the many decades Nash was struggling, was that he was always accepted by his colleagues, who never forgot who he was. I think that’s a terrific quality here at Princeton; he was accepted as one of us.

Nash was on the one hand such an impressive figure, but also so incredibly modest. He was very careful, very low profile and interested in many things. He was always the last person to educate others about his own work and contributions. He always sold it as part of a much bigger story. I think that might be one of the greatest inspirations: he was somebody who saw much further than others, but was always very much aware of what big problems were still out there.

Nash’s work projects a powerful message, namely, that it is possible in the great complexity of the world you see around us, to discover mathematical laws and capture the essence of phenomenon. He did this, of course, with his work in game theory, but as another bookend were his results in nonlinear differential equations. Any physical phenomenon, any physical law, is formulated in terms of differential equations. The result of his and mathematician Louis Nirenberg’s work, which was awarded the Abel Prize, underpins almost everything we see around us. ​

One consistent element of Nash’s work was that he was always going in directions that were either thought to be impossible, or actively discouraged. It’s amazing the problems he was thinking of. They were really the biggest problems in mathematics. People think that there are these very big problems that everyone’s working on, but people simply cannot find the internal courage to address the bigger issues. Nash suffered for that; he was really a mathematician that pushed his mind to go far, far beyond where other peoples’ would dare to go.

There was this wonderful phrase that was once coined about him: the reasonable effectiveness of mathematics. It’s that the same idea can be applied again and again and again. He keeps on giving, and the result only becomes more powerful with every application. And that is really the core of Nash’s work. 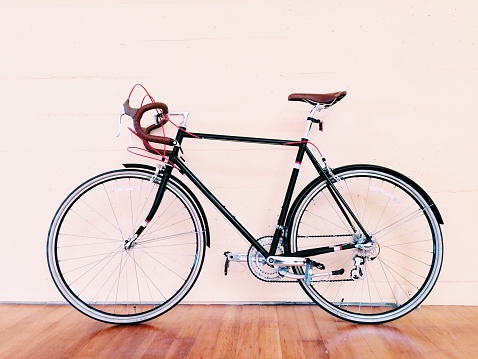 How To Get Everyone on a Bike
Next Up: Editor's Pick