An international group of female activists crossed the border between North and South Korea on Sunday to promote peace between the two countries, which have yet to sign a peace treaty 60 years after the Korean War ended.

The group of about 30 women, WomenCrossDMZ, was taken by bus across the Korean Demilitarized Zone (DMZ), CNN reports, which was created by a 1953 armistice that halted, but never ended, the Korean War. The crossing was sanctioned by both sides, and included feminist Gloria Steinem and Nobel laureates Leymah Gbowee of Liberia and Mairead Maguire of Northern Ireland.

Several groups have criticized the march, arguing that the women should have crossed the North Korea–China border, which is more dangerous than the DMZ. Others called the crossing “empty,” blasting the activists for allowing North Korea an opportunity to cover up its record of human-rights abuses. 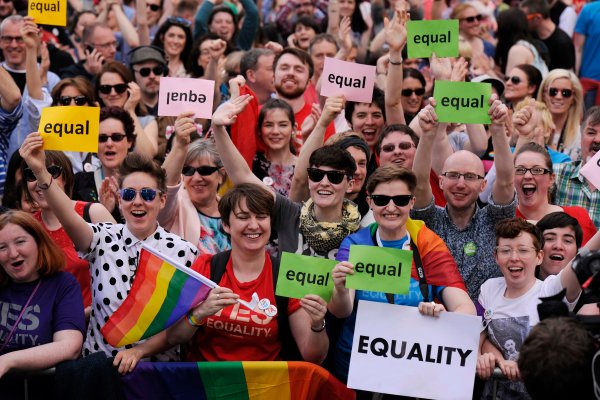 This Woman Proposed to Her Girlfriend Just Moments After Ireland's Gay Marriage Vote
Next Up: Editor's Pick