Ireland made global history on Saturday by becoming the first country in the world to approve same-sex marriage through popular vote—sending thousands of people out into the streets of Dublin to celebrate as a sea of emotion engulfed the city.

Bearing rainbow flags and smiling through tears, gay and straight Dubliners joined together to hail the news that an overwhelming 62.1 percent of voters had said “yes” to gay marriage, in a referendum that many in Ireland called a “test of equality” and the “test of a true republic.”

Robert Stevenson, 62, who is from Dublin but now lives in the U.K., spoke through a convulsion of tears as he recalled how he was “suicidal” as a teenager and lost several friends to suicide because they were “filled with self-loathing” because of their sexuality.

“This is the first time I’ve felt like an equal citizen; I just can’t talk,” Stevenson said.

The vote was all the more striking because Ireland is a predominantly Catholic country. Many citizens have rejected the church’s influence in recent years, following a spate of revelations about child sexual abuse as well as the church’s history of cold treatment of gay people and women who got pregnant out of wedlock. Some saw the “yes” vote as a dismantling of Catholic rule in the country.

“It was the Catholic Church that rejected me, I didn’t reject it,” Stevenson said. “My mother is still part of it but I can’t be.”

For several months, the Irish have been debating whether to bestow full equality on all citizens regardless of sexual orientation by changing the constitution to allow couples of the same sex marry. The overwhelming sentiment and emphatic vote in favor—over 70 pecent in some Dublin constituencies—reflects how Ireland has come a very long way from the country it once was.

In the middle of the cheers and impromptu renditions of the Irish national anthem on Saturday, 28-year-old Edward Smith, fought back tears.

“It’s about equality—it’s not just about the LGBT community; this is a huge leap forward for a tiny country in becoming a secular state,” he said.

“I always wanted to get married, and thought I’d have to go away,” he continued. “I never thought this would happen for me. The church in this country had no right to interfere in this referendum and people realized this; their campaign was ludicrous and hypocritical.

“After all, the church was responsible for so much that went wrong here; priests in this country were allowed to rape children, the Catholic Church sold babies belonging to unmarried mothers. I think the revelations about the church helped the ‘Yes’ side.”

“I hated myself all through my teens,” O’Connell said. “I’m from the middle of the country where being gay was almost unheard of and I never felt comfortable being myself. This referendum brought back so many memories; I always tried to neglect the truth and when I did think about myself, I always said, ‘I’m never going to have a normal life.’

“Today just proves that I can,” O’Connell continued. “Today is the definition of what a republic is; it’s Irish men and Irish women right around the country saying, ‘we love you.'”

Many in the Dublin crowd on Saturday were straight supporters of the law change who were thrilled by the vote.

“I raised generation who made this happen; I’m so proud of them” said 64 year old Breda Griffin from Dublin, who was with her husband and their 25-year-old daughter. “For over 20 years I’ve always fought for equality and rights for people outside the fold—whether they were gay, unmarried mothers or illegitimate children—anyone that wasn’t seen as normal

“But it’s this generation that has delivered and I couldn’t be prouder; I just couldn’t be happier.”

As the vote tallies came in and a “yes” vote became a foregone conclusion, 24-year-old Conor Galvin was at work at his computer, “trying not to cry,” he said.

“It was incredible; I have three siblings and one of my sisters is also gay. My Mum tagged us all in her Facebook status, saying “now I get to wear four hats.”

“There are just no words,” he said. 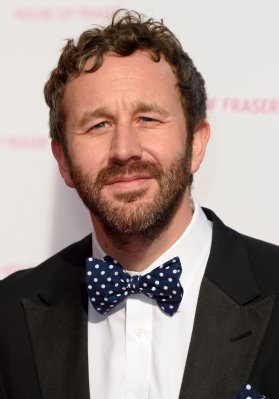 Chris O'Dowd Had No Doubt Ireland Would Legalize Same-Sex Marriage
Next Up: Editor's Pick