It was a not-so-sweet 16 for one Pennsylvania girl, after her backyard pool party was shut down due to rain—poop rain, that is.

Joe Cambray said his stepdaughter Jacinda’s party was ruined after human excrement began to fall from the sky over their yard in Levittown, Pennsylvania, reported Fox 29 News.

“Out of nowhere, from the sky, comes a bunch of feces, lands on her,” Cambray told the Philadelphia local news station.

Cambray was reportedly playing horseshoes while others, among the 40 people in attendance, were swimming in the pool when the skies opened up. Some of the poo landed on the family’s brand new canopy, while other bits hit a baby seat.

“We just got done with cake. Thank God. We took the cake back in, because within two minutes, something fell from the sky. It was brown, it was everywhere, it got on everything,” Cambray said. “I grabbed a hose from over here, immediately started lining things up to start washing it off.”

Cambray said a relative used an app on her smartphone to deduce that several airplanes were flying overhead at the moment in question. The FAA told Fox 29 that all airplanes are legally required to dispose of waste at the airport, but the family has filed a complaint and the FAA will investigate the mystery of the falling feces. 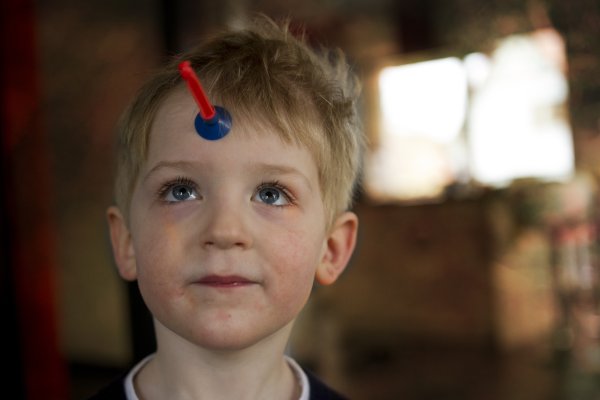 Man Sneezes Out Toy Dart That Left Him Sniffling for 4 Decades
Next Up: Editor's Pick