The Olsen Twins Aren't Returning for the Full House Revival

Fuller House is moving forward without one very important member of the Tanner family.

Mary-Kate and Ashley Olsen will not reprise the role they shared as Michelle in the upcoming Netflix revival of the beloved ABC sitcom, The Hollywood Reporter has learned.

“Although Ashley and Mary-Kate will not be a part of Fuller House, I know how much Full House has meant to them and they are still very much considered family,” executive producer Robert L. Boyett said in a statement. “It has been exciting to see how they have built their professional careers, and I support their choice to focus on their fashion brands and various business endeavors. I appreciate their support and good wishes towards Fuller House.”

Although much of the original cast is set to return, the Olsen twins’ participation had long been in question. Days after the revival was officially announced on Jimmy Kimmel Live! in late April, they said they had not been made aware of the plan to bring the show back. However, Stamos subsequently called their claim “bullshit” in a tweet that has since been deleted.

The actresses got their start on Full House when they were just nine months old. They quickly turned their notoriety on the show into an empire of direct-to-video movies and specials under their company, Dualstar Entertainment, which was formed in 1993. After Full House ended in 1995, they starred on two other TV short-lived series, Two of a Kind and So Little Time. In recent years, the Olsens have turned their attention to their two fashion lines, The Row and Elizabeth and James.

Premiering on Netflix in 2016, the series finds D.J. Tanner-Fuller employed as a vet, pregnant and recently widowed, and living in San Francisco. Stephanie, now an aspiring musician, and single mother Kimmy — along with Kimmy’s feisty teenage daughter, Ramona — all move in to help take care of D.J.’s two boys — the rebellious 12-year-old J.D. and neurotic 7-year-old Max — and her soon-to-arrive baby. 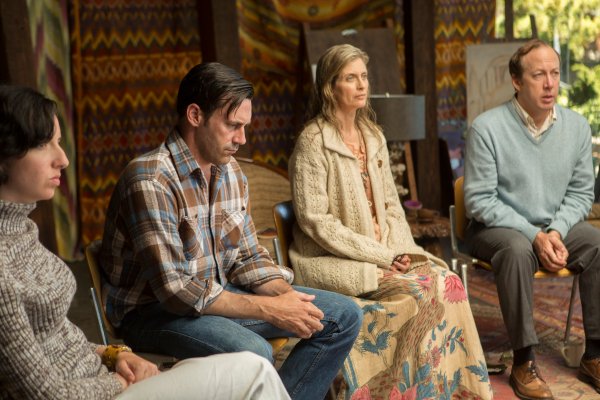