Why the Disabled are Suing Uber and Lyft

Ride hailing services Uber and Lyft are on the same side for once: They both deny accusations they discriminate against disabled passengers.

The two companies are named as defendants in a smattering lawsuits from California to Texas alleging they violated the Americans with Disabilities Act by failing to make their cars handicapped accessible. In some courts, Uber and Lyft are even named as co-defendants in a single case—putting the rivals, awkwardly, in the same boat.

The complaints paint the car service companies—or at least their drivers—as callous to the disabled. One lawsuit by the National Federation of the Blind of California, for example, says an UberX driver stuffed a blind passenger’s guide dog in the trunk, and refused to stop the car to let the animal out. Other drivers allegedly refused to pick up blind customers accompanied by dogs.

Another physically disabled woman, Jennifer McPhail of Austin, says in a lawsuit that a Lyft driver left her on the curb because her wheelchair couldn’t fit in the car. The driver then failed to provide alternative transportation.

Meanwhile, other disabled app users are airing their own grievances outside of court. Kristen Parisi, 30-year-old Boston woman who uses a wheelchair, told The Daily Beast that an Uber driver refused to pack her chair into the trunk, for example. So Parisi had to maneuver herself and the chair into the back seat with no assistance, while the driver berated her as an “invalid.”

Uber denies any responsibility by saying it doesn’t discriminate against the disabled and that it can transport blind and wheelchair-bound passengers. It told The Daily Beast that drivers accused of discrimination are usually suspended or fired. Lyft has a similar policy:

Lyft says it is also willing to accommodate service animals. But it recommends that passengers who need them call the driver in advance and let them know–and has a hotline for drivers to call if they have a “medically documented reason” that would prevent them from taking the animal.

Still, the heart of Uber’s defense against the discrimination allegations could not only define its identity as a firm, but set a new precedent for how it and other disruptive tech-based businesses are viewed in the eyes of the law.

Uber argues that as a technology company, it is not subject to laws regulating public transit and other transportation providers, such as the ADA, or “required to provide accessible vehicles or accommodations.”

Still, the U.S. Justice Department recently intervened in the blind plaintiffs’ case to urge that the discrimination accusations be taken seriously. It also requested that the court interpret whether the laws governing other transportation providers should apply to Uber as well.

A decision against Uber could be costly to it and other upstart tech firms that may find themselves classified as belonging to a more traditional industry.

In a Texas case, Uber has already indicated that the cost of making the necessary modifications would be “extraordinary.” The plaintiff in that lawsuit said a driver refused him service and that he could not order an accessible vehicle through the app.

“It would have to modify the Uber App, modify its policies and procedures, and provide wheelchair accessible vehicles in numerous cities,” according to an October court filing.

Indeed, Uber has recently added the ability to order a wheelchair-accessible vehicle using its app in certain major cities like New York and San Francisco. But it’s unclear if or when the option will be available elsewhere.

In the meantime, Eric Lipp, executive director of the Open Doors Organization, which advocates for accessible transportation for disabled passengers, offered this advice in The Daily Beast: 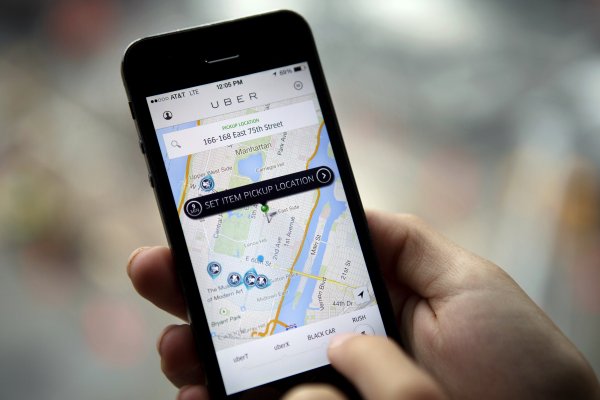 Uber is One Step Closer to Picking You Up in a Self Driving Car
Next Up: Editor's Pick