This Is How Mad Men Changed the Way We Dress

While Mad Men may be over, its effect on menswear will no doubt live on in the U.S. and abroad. The show has long been charged with inspiring a fashion trend for men and women harkening back to the show’s 1960s setting. In a recent article, The Guardian said the Mad Men effect is very real. In fact, when the show began eight years ago, menswear was already seeing a surge in sales. Between 1998 and 2014, for example, suit sales doubles in the U.S.

Quartz, too, reported on the fashion effect inspired by the show. Tailored articles of men’s clothing sells for $4.8 billion each year, Quartz said, citing data from NPD Group. In fact, some of the biggest fashion brands, such as J. Crew, used the show as inspiration for new lines. Per the article:

The Guardian, meanwhile, characterized the men’s fashion that appears on the show as follows:

For the full list and explanations from the newspaper, see here.

Interestingly, Mad Men creator Matthew Weiner explained the premise behind the 1971 Coca-Cola ad that played in the show’s final minutes in a recent interview. 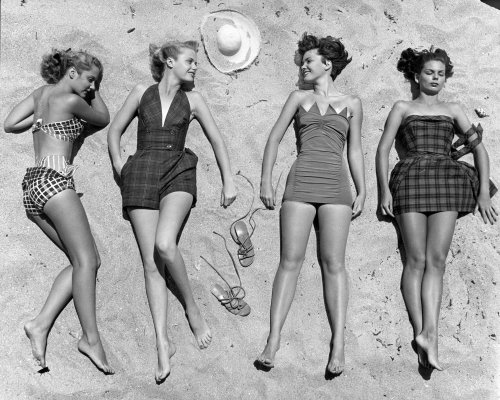 Ring In Memorial Day With These 1950s Beach Fashions
Next Up: Editor's Pick